Video series will feature Dads getting help from the 2014 Honda Odyssey as they conduct child-centered community service projects across the greater Los Angeles area this summer. 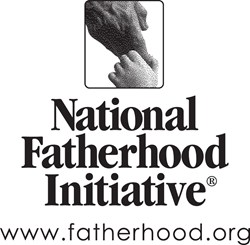 National Fatherhood Initiative (NFI) and Life of Dad (LoD) have teamed up with Honda on the “Dads Doing Good” campaign, which will feature groups of dads in the greater Los Angeles area conducting child-centered community-service projects.

Throughout August, videos will be posted online highlighting various projects in which dads utilize the 2014 Honda Odyssey in their efforts to assist and support community-based organizations serving children and families.

The first video, available on LoD's youtube channel, and at fatherhood.org and lifeofdad.com, has three dads using the Odyssey as a “mobile library.” They load up the Odyssey with hundreds of books and surprise preschool children in their school’s playground. After reading stories to the kids, hundreds of books were donated to the school.

Other videos will feature similar uplifting stories. The hashtag #DadsDoingGood will be used to engage in conversations online about the importance of father involvement and civic engagement.

The overall purpose of the campaign is to show that when dads become actively involved in their communities, great things can happen. Honda is providing the vehicles to make these important jobs easier through feature-rich vehicles like the revised 2014 Odyssey.

“We are extremely grateful to the team at Honda, who has allowed us to utilize the 2014 Honda Odyssey, in the support of such a great cause – assisting families and kids,” said Life of Dad Founder and CEO, Tom Riles. “We are just as happy to continue our partnership with NFI, a great organization and resource to dads around the world.”

“Given the serious father-absence crisis in our nation today, it is critical that we share stories celebrating the good that dads do in communities across the country,” said Vincent DiCaro, Vice President of Development and Communication at NFI. “Thanks to Honda, National Fatherhood Initiative and Life of Dad are able to do this in a ‘big way’ that highlights Honda’s commitment to helping families and communities live better lives.”

“We are proud to support the 'Dads Doing Good' program this summer,” said Alicia Jones, manager of Honda and Acura social marketing at American Honda Motor Co, Inc. “The 2014 Honda Odyssey is the perfect vehicle to help enable these dads to help in the community.”

For more information on the “Dads Doing Good” campaign, see:

As the premier fatherhood renewal organization in the country, National Fatherhood Initiative (NFI), founded in 1994, works in every sector and at every level of society to engage fathers in the lives of their children. NFI is the #1 provider of fatherhood resources in the nation. Since 2004, through FatherSOURCE, its national resource center, NFI has distributed over 6.5 million resources, and has trained over 13,200 practitioners from over 6,100 organizations on how to deliver programming to dads. NFI is also the most quoted authority on fatherhood in America. Since 2009, NFI has been mentioned in over 3,200 news stories, and makes regular appearances in national media to discuss the importance of involved, responsible, and committed fatherhood. Learn more at fatherhood.org.

About Life of Dad

Life of Dad is the first, and fastest growing, social network for fathers. Created by audience warm-up and comic professional, Tom Riles, the website allows users to create their own profile as well as access unique user content, blogs, videos and podcasts. Dads from around the world come to Life of Dad and connect in our community of fatherhood. Come visit us today a lifeofdad.com.

Honda offers a complete lineup of cars and trucks through a network of more than 1,000 dealerships in the United States. In 2013, Honda marks 40 years of the Civic model, with more than 30 years of producing automobiles in the region, which began with the Accord in Marysville, Ohio, in November 1982. Having produced more than 25 million vehicles in North America through 2012 using domestic and globally sourced parts, Honda currently operates 14 major manufacturing facilities in North America, producing a wide range of Honda automobiles, all-terrain vehicles, power equipment products, engines and transmissions. For more information on Honda products visit: http://www.honda.com.