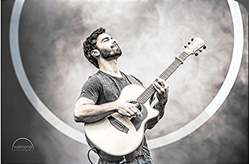 Dandelions of Courage is discussing collaborations with other international artists in 2020, building on a strong 2019.

Dandelions of Courage Performing Arts and Entertainment Group, an international marketing & booking agency for gifted and talented artists, recently celebrated their one year anniversary which saw much success, with some of the artists winning Grammy & Juno awards.

The company also began working with Jadyn Rylee, an inspiring young artist who is well known for her amazing voice and her eponymous Jadyn Rylee YouTube channel, which has over 300 thousand subscribers. She has earned more than 42 million views for her original vocal covers of popular songs such as ‘’California Dreamin.’’ Jadyn has also recorded a number of original songs which have earned her more than 20 million views.

Dandelions of Courage works with numerous charity organizations such as Basket Brigade Canada, a nonprofit charity designed to improve the lives of those in need, and Feed it Forward, which takes unused food in order to reduce waste and feed those who need it.

Dandelions of Courage is discussing collaborations with other International artists in 2020, building on a strong 2019.