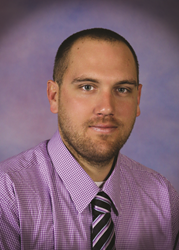 To embody the farmer perspective, farmer-leaders from the soybean-growing region step up to volunteer their time and skills to maximize profit opportunities for their neighbors over the county line and across the country.

Cory Atkins of Seaford, Del., has been appointed to the United Soybean Board. He is one of 39 new appointees who will join 34 other farmer-leaders in directing soy checkoff funds toward research, marketing and promotion efforts that increase soybean farmer profitability. Atkins will succeed Dallas Wright of Millsboro in the position at his swearing-in during December.

“Soybean farmers are at the heart and mission of the soy checkoff,” says Jared Hagert, USB chair and soybean farmer from Emerado, North Dakota. “To embody the farmer perspective, farmer-leaders from the soybean-growing region step up to volunteer their time and skills to maximize profit opportunities for their neighbors over the county line and across the country.”

Atkins is a director on the Delaware Soybean Board. A former LEADelaware fellow, he was introduced to the soybean checkoff through USB’s See for Yourself tour in 2012. After attending the National Biodiesel Board (NBB)’s Big Apple Bioheat Tour he became NBB director for the Mid-Atlantic Soybean Boards’ membership.

He is a 2015 graduate of Syngenta’s “Leadership At Its Best” program.

“Our sincerest thanks to Dallas and to Richard Carlisle, who served as Dallas’ alternate director and who now retires from service,” says Jay Baxter, a Georgetown, Del., farmer and chairman of the Delaware Soybean Board. “Serving in these positions demands time away from farm and family, and we appreciate what they have done to support our industry.”
Delaware farmers plant about 180,000 acres of soybeans each year, and the crop generates approximately $60 million in value to the state. Delaware’s agricultural industry contributes about $8 billion per year to the Delaware economy.

About the United Soybean Board: USB’s 70 farmer-directors work on behalf of all U.S. soybean farmers to achieve maximum value for their soy checkoff investments. These volunteers invest and leverage checkoff funds in programs and partnerships to drive soybean innovation beyond the bushel and increase preference for U.S. soy. That preference is based on U.S. soybean meal and oil quality and the sustainability of U.S. soybean farmers. As stipulated in the federal Soybean Promotion, Research and Consumer Information Act, the USDA Agricultural Marketing Service has oversight responsibilities for USB and the soy checkoff.

Through the soybean checkoff, farmers contribute one-half of one percent of the net market value of soybeans at the first point of sale to support research, marketing and education projects.