Dead and Company Tickets On Sale Today To The General Public at TicketProcess.com For Madison Square Garden 10/31 & 11/1 Concerts

The Grateful Dead's most recent version is entitled Dead & Company and the newly-minted group recently released two tour dates in a major venue, perhaps indicating they are planning on establishing a new endeavor for the foreseeable future. Tickets to shows at Madison Square Garden in New York City are available to the public now at TicketProcess.com. 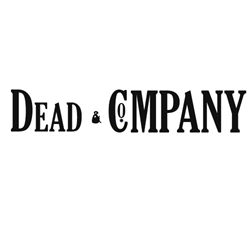 After a small series of shows in Chicago and Santa Clara, California this past summer with multi-talented musician Trey Anastasio as the unofficial replacement for Jerry Garcia, the band decided that the small run should not be the end of a band that had such a large influence on American culture.

In comes accomplished soloist John Mayer. The 37-year-old openly admits he is not trying to fill the large shoes of Jerry as the band moves forward, but he will be adding talent and a blend of experience and youthful exuberance to the fold. As a result, Dead & Company tickets are sure to be hot.

The group already scheduled a show at Madison Square Garden for the evening of Halloween, and the news that they will also be playing a show at MSG on the evening of Sunday, November 1 has been excited fans in the region.

The presence of Jerry Garcia was felt by tens of thousands of fans who witnessed a beautiful rainbow arching over Levi's Stadium during a show this past summer just as the first set came to an end. How will he show his love in NYC? Fans can now find Dead & Company tickets today at TicketProcess.com.