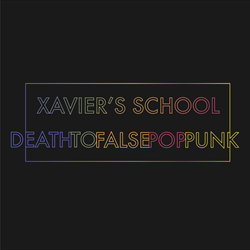 “We never had a conversation like ‘this is the kind of band we’re gonna be.’ It was just loosely going to be pop punk,” said front man Tyson Ballew in a recent interview with What’s Up Magazine “The fact that we are as emo sounding as we are is completely by accident.”

About Xavier's School:
Having been a band for a little more than two years they've released a full-length album and and Death to False Pop Punk B-sides. Xavier's School started as a Get Up Kids cover band in 2014, Xavier’s School has since grown into their own sound featuring members of Bowl Cut, Cat Heaven.

Stay Bold or Get Old

Stay Bold or Get Old vinyl