Debra Miller Gonzales’s newly released “If You Only Knew” brings readers an action-packed tale of enemy clans and star-crossed lovers.

“If You Only Knew” from Christian Faith Publishing author Debra Miller Gonzales is a compelling fiction brimming with family history, bad blood, and two young hearts caught in the middle of a bloody feud. 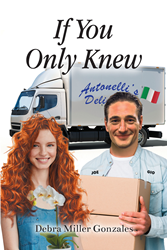 “If You Only Knew”: an enjoyable historical romance with a twist of suspense. “If You Only Knew” is the creation of published author Debra Miller Gonzales, an active member of her church with a lifelong passion for the creative arts.

Miller Gonzales shares, “The Irish civil war was heating up again. It had Carol sending her brother Paddy and her daughter Fiona to America.

“Fiona was very grateful Uncle Paddy had made a hefty down payment for the flower shop she wanted to open. She was afraid he was walking both sides of the law again in order to come up with the money.

“Most of Fiona’s supplies were being delivered by Antonelli’s Deliveries. It didn’t take long for Giovanni Antonelli and Fiona McTavish to strike sparks off each other. Though he had gone straight, his family had Mafia ties.

“Giovanni’s prejudiced twin didn’t like his brother dating an Irish girl and tried to warn him off. This was supposed to be his neighborhood. The Irish had no business being here. He tried unsuccessfully to drive Fiona away. So one evening, when Fiona was closing, he grabbed her off the street, dragged her into his van, and beat her soundly. He threw her back out on the sidewalk and took off.

“Uncle Paddy was in a rage. He was going to handle things just as he would back home: hunt down who did this and kill them. He headed into Little Ireland to round up troops. Then they would storm Little Italy and wreak as much havoc as possible until the perpetrator was found and punished.

“Street justice was achieved, but the Mafia dons weren’t about to take this lying down. It wasn’t long before they were hitting Little Ireland in retaliation.

“Though he’d fallen hard, Giovanni couldn’t help but think if he took himself out of the equation, maybe the fighting would stop. It seemed it was dating Fiona that was the initial cause of all the battles. The street wars continued.

“Guido, Giovanni’s youngest brother, was now making deliveries to Fiona’s shop. It killed him to see his favorite customer and his brother so miserable. So Guido enlisted Paddy’s help in trying to stop the street fighting. If they could get both sides to stand down, maybe they could end the bloody war. If there was no longer any fighting, Giovanni could go back to Fiona.”

Published by Christian Faith Publishing, Debra Miller Gonzales’s new book will captivate readers from the start as they are transported back in time to the lawless days of mafia feuds in the city.

Consumers can purchase “If You Only Knew” at traditional brick & mortar bookstores, or online at Amazon.com, Apple iTunes store, or Barnes and Noble.

For additional information or inquiries about “If You Only Knew,” contact the Christian Faith Publishing media department at 866-554-0919.