Decrypting the Future: IT and Finance Expert Dave Kinsey Informs and Issues a Wake-up Call About a Confusing and Troubling New Technology

To demonstrate that they are forward-thinking and pro-business, State legislators are hastily passing pro-Blockchain laws that they openly admit they do not even understand. Yet, Blockchain technology is a product of the Crypto-Anarchist community called the Cypherpunks that was founded with a mission to defeat all governments on earth. Author Dave Kinsey highlights how the technology does not even satisfy the legal descriptions of the laws being passed and questions why some governments are falling all over themselves to blow themselves up. 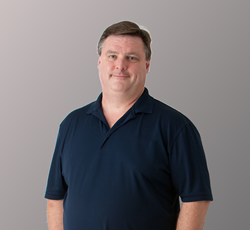 Because almost nobody understands the technology, misleading and inaccurate stories are being recycled, resulting in misinformation on a massive scale.

In late 2017, the State Bar of Arizona was seeking educators on the topic of Blockchain. Technology advisory committee member Dave Kinsey provided his thoughts and potential resources but declined to teach. A few months later, in February 2018, another member of the Bar insisted that he at least write an article. The resulting article ballooned into a surprising new book, The Blockchain Code: Decrypt the Jungle of Complexity to Win the Crypto-Anarchy Game, which challenges nearly everything that has been previously written about Blockchain.

“The Blockchain technology story is being told by people who are sold on the technology, often without understanding it. Moreover, because almost nobody understands the technology, these stories are being recycled, which results in misinformation on a massive scale,” says Kinsey. Blockchain, the technology behind Bitcoin, was created by Cypherpunk anarchists seeking to create an online hiding place outside of the visibility and reach of governments and laws, such as anti-money-laundering laws. The laws being passed curiously ignore these concerns.

Additionally, a less-anarchistic version, known as permissioned Blockchain, has been adopted by some of the largest companies in the world, such as IBM. Mr. Kinsey highlights concerns with permissioned Blockchain, which he and several of his sources indicate is a hyped and over-sold technology. “Nearly everything that has been written about Blockchain is misleading at best. I’m setting the record straight,” says author Dave Kinsey.

Julian Assange, the founder of WikiLeaks and author of the 2012 book Cypherpunks, is also featured in Kinsey’s book. Wikileaks released emails obtained from a hack of the Democratic National Party, altering the course of the 2016 US presidential election.“There are even some ties between the Blockchain story and the last presidential election. The book highlights evidence suggesting that at least one Russian Cypherpunk was involved in the development of Bitcoin as early as March 2006. The Blockchain Code helps expose some hidden background information relevant to the ongoing Mueller investigation and the associated political circus,” according to Kinsey.

ABOUT THE AUTHOR
Dave Kinsey is an author and small business owner. His primary occupation is operating Total Networks, an IT consulting and outsourcing firm in Phoenix, Arizona. In this capacity, Dave serves on a technology advisory group for The State Bar of Arizona. Mr. Kinsey focuses on explaining technical concepts to a non-technical, business-oriented audience. Earlier in his career, he was a software developer and managed a software development team. Additionally, in the 1990s he was responsible for managing a foreign currency exchange application. This system was developed by Swiss Bank for use by the Treasury Department of Motorola, at a time when Motorola was one of the largest corporations in the world. The system performed foreign currency arbitrage (hedging) analysis. Mr. Kinsey found himself in the right place at the right time, with life-long career and educational experiences preparing him to help unravel and explain the mysterious technology of Blockchain. More information about the author is available at modern.expert.