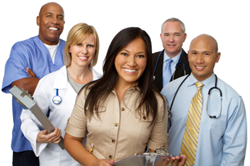 KCA has sponsored more kidney cancer research projects than any organization of its size in the world.

“We partner with the Conquer Cancer Foundation to make an annual Young Investigator Award (YIA) because of the expertise resident in the organization, because of the difference in scale—we knew that they would receive more and better-quality proposals—and because of the efficiency of the process, which relieves our small organization of the financial and logistic burden of reviewing proposals,” says Bill Bro, KCA chief executive officer, a 25 year kidney cancer survivor. “We’re very pleased with this collaboration. It’s an extremely effective synergy.”

KCA has sponsored more kidney cancer research projects than any organization of its size in the world. In 2012-2013, the charity invested a total of nearly $1.4 million in research-related program activities, according to its most recent independently audited financial statement.

The 2014 YIA application is now closed. Applications for the 2015 YIA will be announced on the Conquer Cancer Foundation website. To learn how to apply, please visit http://www.conquercancerfoundation.org/yia.

KCA was founded in 1990 by a small group of patients, including Eugene P. Schonfeld, Ph.D., and medical doctors in Chicago, Illinois. It is a nonprofit charity incorporated in the State of Illinois. It has also been designated as a tax exempt organization under Section 501(c)(3) of the U.S. Internal Revenue Service code. Donations to the Association are tax deductible.