Numero Uno Web Solutions addresses a recent study, which found that digital is now the most popular method of advertising.​​ 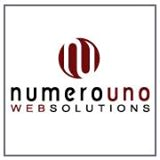 Numero Uno Web Solutions (NumeroUnoWeb.com), a fast-growing Internet marketing firm that caters to small- and mid-sized business-to-business (B2B) and business-to-consumer (B2C) companies, is weighing in on a recent study showing that, for the first time, advertisers spend more money on digital ads than on print, radio, and television.

Over the last five years, the digital industry has grown at an annual compound rate of 17%. Strong double-digit growth is expected to continue in 2014 with a projected 14% increase, surpassing the $4.0-billion mark. The same cannot be said for television; TV ad revenue declined for the second year in a row, coming in at $3.4 billion in 2013.

“It’s taken two decades, but Canadian brands now spend the majority of their advertising dollar on digital platforms,” says Dave Wheeler, president and general manager of Numero Uno Web Solutions. “This isn’t a total surprise, especially when considering that Canadians rank among the most active Internet users in the world and more than 55% of Canadians own a smartphone.”

“These results tie in with another study that shows more than eight in 10 Canadian Internet users made an online purchase in the past year,” Wheeler adds. “The average amount spent for online purchases was $954 annually.” (Source: “Online Spending In Canada Close To $1000 Annually: Survey,” Huffington Post, September 3, 2014; http://www.huffingtonpost.ca/2014/09/03/online-shopping-canada_n_5757688.html.)

“There is a reason why online advertising is the most popular medium for brands hoping to attract new business in Canada,” Wheeler concludes. “Some of the advantages of using digital over other mediums are that it’s easy to target to an exact demographic and even geographic region and ineffective campaigns can be adjusted, modified, and re-launched in a short period of time. The fact of the matter is that digital advertising is the fastest, most efficient way to attract qualified customers.”