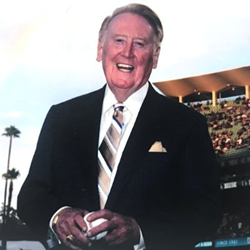 “Veterans’ Village is the final component of a three-stage approach; this will finally put an end to homelessness for military veterans,” says GCVF’s Executive Director Bob Harris; “Our first stage rescues high-risk and homeless veterans living on the street, and the second stage gets them engaged into healthcare, counseling, and begins to actually repair broken lives. We’ve rescued 80 veterans from the street in the last ten months… these programs have now been battle-tested and proven successful, right in the middle of a pandemic.”

Harris notes the lack of affordable housing, even with government subsidized rent, forced many of the rescued veterans back out to the streets. But the biggest problem, he says, was the bureaucracy; “We witnessed the local VA contractor reject a homeless veteran couple’s housing application - an hour after she gave birth - knowing they’d be living in a vehicle with a newborn baby that night, because he didn’t bring in his pay stubs that day. He took his wife to the hospital instead.” That was the last straw for Harris, who said; “We knew we had to launch the third stage, housing, even despite the pandemic. And we also knew why so many other subsidized housing initiatives had not succeeded.”

Harris is quick to reveal the most important part of his model; “The secret is bringing innovative low-cost housing together with all of our other proven supportive services…” he says; ”to address the hidden underlying issues that de-rail a veteran’s life over and over again. It stops that revolving door of homelessness from spinning.”
Harris knew he wanted the architectural renderings and details of the new village to be online during the Holidays, a time when people’s thoughts turn to kindness. But he saw an opportunity to take it to the next level, by reaching out to Scully, who had supported an organization pursuing a cure for blindness founded by Harris’ late mother.

“Vin Scully is a man of devout conviction and compassion;” notes Harris, “the one thing that resonated most deeply for him is the fact that everything about Veterans’ Village is focused on care and healing. When he realized how much of a difference it would make, how many more lives might be touched if people could hear about it during the Christmas season, he made it happen. While kids were going to sleep on Christmas Eve dreaming about toys and games… Santa Claus was sitting in front of a microphone helping put an end to homelessness for veterans.”

With a smile and a chuckle, Harris adds; ”And this year Santa was wearing Dodger Blue!”