Dr. Michael Jazayeri comments on a recent article that plastic surgery allows patients to look and feel like their best selves again, no matter what life throws at them. 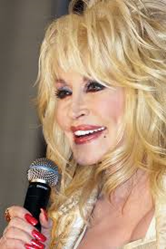 What year was this picture taken? With Dolly Parton's it's hard to tell.

Ms. Parton’s take is on the money; the only validation people should seek is their own.

A September 3 article on USA Today reports on an interview with Dolly Parton in which she defended her widely known long-term use of plastic surgery that has been responsible for her trademark ageless looks. The buxom 73-year-old country singer acknowledged her “artificial appearance,” but says she feels “totally real.” Parton knows there are a lot of naysayers who disparage her looks and lifestyle – topics she often jokes about – but she loves the skin she is in and would not have it any other way. Board-certified plastic surgeon Dr. Michael Jazayeri, who helps patients in Newport Beach and Santa Ana, says that Ms. Parton’s take is on the money; the only validation people should seek is their own.

Dr. Jazayeri notes that modern advances in plastic surgery have seen its use spread exponentially among all demographics. Less controversial than ever, plastic surgery has found its way into the mainstream. Dr. Jazayeri adds that people simply want to feel good about their appearance, and more often than not, plastic surgery is intended to either accentuate a person’s most attractive features or either soften or even nullify the not-so-attractive ones. Dr. Jazayeri says that plastic surgery, as well as a growing number of nonsurgical procedures such as Botox, can be compared to getting a new hairstyle or wardrobe. It just about patients feeling and look their best.

Dr. Jazayeri says that, as mentioned earlier, modern cosmetic and plastic surgery patients benefit from procedures and operations that are more effective and have quicker recovery times. He adds that patients seeking procedures ranging from facelifts to breast augmentation can expect expert work that enhances or restores lost confidence due to aging, pregnancy, injuries, or weight loss.

Moreover, more can be done for the appearance than ever before. Dr. Jazayeri notes that one set of procedures, the mommy makeover, is intended to restore areas of a woman’s body that have been negatively affected by pregnancy. The procedure combines a number of plastic surgeries generally including a breast lift and/or augmentation, abdominoplasty (tummy tuck), and liposuction. He adds that the makeover has made many moms feel better about their bodies’ current appearance, restoring confidence to women who may have felt that they no longer looked their best.

For more information about Dr. Jazayeri and his board-certified plastic surgery center simply visit his website at https://www.drjaz.com/ or call (714) 834-0101. Dr. Jazayeri has two centers in the Orange County cities of Newport Beach and Santa Ana.