The Darragh Agency, a regional provider of insurance services and retirement planning assistance in the western South Carolina area, is announcing a joint charity event in conjunction with Meg’s House to help provide for victims of domestic violence and abuse 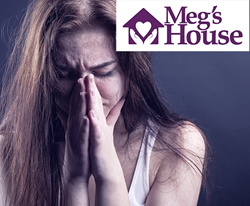 Through a series of important programs, Meg’s House has consistently been an important resource for abuse victims in our community, and our goal is to ensure these programs remain available

The Darragh Agency, a South Carolina firm offering asset protection services and financial consultations to business owners and families in and around Greenwood County, is teaming up with Meg’s House, a local humanitarian shelter, in a charity event aimed at providing assistance to domestic abuse survivors.

Meg’s House specializes in addressing the needs of victims of all forms of domestic abuse. Since 1990, the center has opened its door to nearly 9,000 individuals in need of assistance. Programs offered by Meg’s House include transitional and emergency housing, community education services, court advocacy, and several support and counseling groups for families struggling to overcome abuse.

“Through a series of important programs, Meg’s House has consistently been an important resource for abuse victims in our community, and our goal is to ensure these programs remain available,” says Todd Darragh, founder and executive manager of the Darragh Agency.

Darragh and his team are working to raise awareness of the Meg’s House charity event for domestic violence survivors by reaching out to local families and anti-abuse advocates over a series of email and social media platforms. Additional publicity is expected pending the release of a new cover article on the charity drive set to be released in a new issue of the Darragh Agency online magainze “Our Hometown”: http://darraghagency.com/magazines/.

Meg’s House is only the first of several charitable organizations that the Darragh Agency will be promoting in the near term. As new entrants into the “Agents of Change” national charity support initiative, the Darragh Agency plans to support Greenwood area nonprofit causes on a regular basis from here forward.

Everyone who wants to join the Darragh Agency in the charity drive to raise awareness and donations for Meg’s House is invited to take positive action and support the cause directly by visiting the following page: http://darraghagency.com/causes/empowering-individuals-rebuilding-lives/. Details on charity drives sponsored by the Darragh Agency in the future will be fully detailed on the firm’s Community Causes listing, located here: http://darraghagency.com/community/.

About the Darragh Agency

As a Personal Finance Representative in CITY, agency owner Todd Darragh knows many local families. His knowledge and understanding of the people in his community ensures that clients of the Darragh Agency are provided with an outstanding level of service. Todd and his team look forward to helping families protect the things that are most important – family, home, car and more. The Darragh Agency also offers clients a preparation strategy for achieving their financial goals. To contact an expert at the Darragh Agency, visit http://darraghagency.com/ or call (864) 223-1597.