Dr. Xinping Song, a highly acclaimed medical researcher and specialist, recently appeared on a billboard at the heart of NYC, the Times Square. 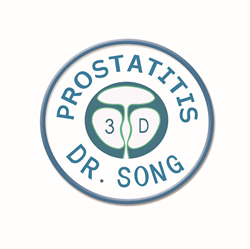 Dr. Xinping Song, a urology specialist from China, is not only changing the paradigms in prostate cancer treatment research, but he also recently became a ‘media’s baby’ for his photo appearing on a digital billboard in the heart of NYC. Dr. Xinping Song got his own share of public and media attention when he was featured on a digital billboard. The photo instantly caught the attention of top news websites and broadcast media channels, with hundred others following the suit of the top players in the Western media world shortly afterward.

“Getting featured at the crossroads of the world is something which spread Dr. Xinping Song’s name far and wide. Ordinary Americans, who rarely get a chance to hear from Chinese medical researchers like Dr. Song, have expressed great interest in the treatment. We hope that the treatment procedure invented by our 3D Urology and Prostate Clinics will prove beneficial for millions of lives”, said Dr. Song’s media spokesperson.

About the Comapany
Dr. Xinping Song is a reputable prostate cancer treatment specialist and a renowned researcher in this field.

To know more about him, visit: https://www.prostatecancer.vip/