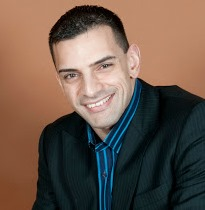 Rarely does a firm, like ours, get the opportunity to have such an enthusiastic and knowledgeable health-care professional on its team...

A graduate of University College Medical School in the late 1990s, Dr. Siddiqui was subsequently degreed in medicine in 2001. With further certification as a General Practitioner (GP), Dr. Siddiqui enlisted into the British Army to serve as an “un-uniformed' doctor. One note-worthy deployment included a humanitarian exercise to Kenya in 2007 to help vaccinate over 5000 children and young adults. He also served in Afghanistan in 2008, as a GP alongside the illustrious 2nd and 3rd Battalions of the Parachute Regiment.

Dr. Siddiqui officially retired from the Army in 2009, but the vast majority of his GP work has since then been on secondment to various military medical establishments throughout the United Kingdom as well as Canada. Having worked with numerous EHR (electronic health record) platforms in the UK for the last 11 years, he has also became actively involved with Grace Century’s EHR project, The Quantum Group. His interest lies deep in the advancements, now occurring, in regenerative medicine and in the life sciences industries.

Dr. Siddiqui is also an experienced and highly decorated advocate of the martial arts, having trained with some of the world's greatest teachers and coaches, including Professor / Guro Dan Inosanto, who was a senior student of the legendary Bruce Lee, and one of only three people to have been certified to teach his art of Jeet Kune Do.

“Rarely does a firm, like ours, get the opportunity to have such an enthusiastic and knowledgeable health-care professional on its team,” Scott Wolf, CEO of Grace Century, remarked. “We’re very excited to work with Josh; he is so happy and willing to lend his knowledge in finding true breakthroughs in the life science/regenerative medicine arena--as it applies to new private equity projects.”