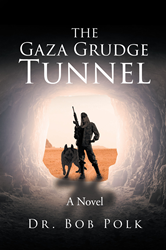 Russian Spetsnaz Officer Vanya Volchitza leaves the Russian Federation on good terms after achieving successful careers as a university instructor, special agent, and chief executive of Baron Oil and after losing her lover and a number of near-fatal encounters with Chinese assassins sent to kill her for former actions against the PRC, including assassinations of high-level Chinese state security ministers. She lands in Israel intent on finding peace and security but becomes involved with Mossad, Israel’s intelligence service, in combatting terrorists from the nearby Gaze territory attempting to smuggle operators into Israel through a forgotten utilities tunnel. Meantime, China’s new Belt and Road initiative has led them to make substantial investments in Gaza’s infrastructure. A special team is sent to oversee the investments and learns that the long-sought assassin Ya Ying is thought to be located in nearby Israel. China’s huge standing reward for her, dead or alive, prompts the Gaza team of Chinese agents to relentlessly pursue her, involving cover operations through the tunnel and by sea to kill her.

Published by Page Publishing, Dr. Bob Polk’s exhilarating novel is a must have for any action seeking enthusiasts.

Readers who wish to experience this gripping work can purchase “The Graza Grudge Tunnel” at bookstores everywhere, or online at the Apple iTunes Store, Amazon, Google Play, or Barnes and Noble.