Dr. Peter L Ward Will be Sharing His Groundbreaking Research at the 130th Annual Geological Society of America Meeting

Climate Scientist Dr. Peter L. Ward Will Be Sharing his Research at the GSA Annual Meeting on Monday in Indianapolis 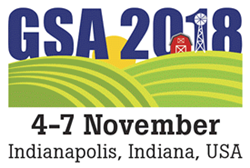 “All periods of sudden warming throughout Earth's history are contemporaneous with extrusion of large amounts of black, basaltic lava covering tens to millions of square miles of land,” according to Dr. Peter L. Ward, a geophysicist who worked 27 years with the U. S. Geological Survey.

Throughout Earth's history, climate has warmed many degrees suddenly, within years, and cooled slowly over millennia. Some warming events lasted tens of thousands of years, heating oceans to hot tub temperatures, causing major ocean acidity, and destroying nearly all life on Earth.

“While geologists have been mapping these radical changes in climate worldwide for two centuries, their causes have never been clear,” explains Dr. Peter L. Ward, a geophysicist who worked 27 years with the U. S. Geological Survey.

Ward will be explaining why at the national meeting of the Geological Society of America in Indianapolis in a talk at 11:25 am on Monday, November 5th, and at Booth 733 in the Exhibit Hall throughout the meeting.

Global warming has been sudden, erratic, and frequent throughout Earth history

The world has often warmed suddenly, within years. Cooling after each warming, on the other hand, usually takes thousands of years.

“All periods of sudden warming are contemporaneous with extrusion of large amounts of black, basaltic lava covering tens to millions of square miles of land,” according to Dr. Peter L. Ward, a geophysicist who worked 27 years with the U. S. Geological Survey. “The larger the lava flow, the longer the eruption lasts and the warmer the world becomes.”

Ward will be explaining the newest information at the national meeting of the Geological Society of America in Indianapolis on Monday, November 5th. He has already published a book: What Really Causes Global Warming? Greenhouse gases or ozone depletion?” and numerous publications available at https://whyclimatechanges.com/about/climate-publications/. In addition, he will be manning a booth in the Exhibit Hall of the conference for four days, talking to hundreds of scientists and giving out extensive printed information.

Ward explains that these basaltic lava flows emit large amounts of hot chlorine and bromine gases observed to rise into the lower stratosphere, where they are known to deplete the ozone layer.

The ozone layer absorbs most ultraviolet-B radiation from Sun, protecting life on Earth from this very hot, sunburning, cancer-causing radiation. When the ozone layer is depleted, more of this hot radiation is observed to reach Earth, warming the oceans and raising the risk of sunburn to you and to corral reefs. The greatest warming is in polar regions where ozone depletion has been greatest.

The most recent sudden warming event occurred between 2014 and 2016, when lava from Bárðarbunga volcano in central Iceland covered an area of 33 square miles in only six months, the largest such eruption since 1783. This warming was five-times faster than warming observed from 1970 to 1998 that was caused by humans manufacturing chlorofluorocarbon gases (CFCs). CFCs were used widely as refrigerants, solvents, and spray-can propellants. CFCs carry chlorine atoms up into the lower stratosphere where one atom of chlorine can destroy more than 100,000 molecules of ozone. Increases in warming stopped by 1998 because the United Nations Montreal Protocol had mandated cutbacks in CFC production.

Hundreds of square miles of basaltic lava flows were contemporaneous with the Medieval Warm Period starting around 950 AD, the Roman Warm Period starting around 250 BC, and about a dozen warm periods since the end of the last ice age. Earth was warmed rapidly out of the last ice age by extensive basaltic eruptions in Iceland from 12,000 to 9,500 years ago. At least 25 times from 120,000 to 14,000 years ago, sudden warming occurred in Greenland, followed by millennia of cooling.

Cooling is caused when major explosive volcanic eruptions eject megatons of water vapor and sulfur dioxide into the lower stratosphere where they form a mist, known as aerosols, that reflect and scatter sunlight, cooling Earth about one-degree Fahrenheit for two to four years. This short-term cooling affects ocean temperatures for up to a century. Thus, several large explosive eruptions per century for tens of thousands of years can increment the world down into ice-age conditions.

Greenhouse-warming theory assumes that radiation from Earth, absorbed by greenhouse gases, ends up one way or another warming Earth. But this is not physically possible. No body of matter can be warmed in any way by absorbing its own radiation. If that were possible, bodies of matter could spontaneously heat up—something we all know does not happen.

Greenhouse-warming theory also assumes that greenhouse gases form a blanket that warms Earth. We use blankets every day to slow the cooling of a body of matter, but it is physically impossible for a blanket to cause the temperature of the body under the blanket to increase. Otherwise we would have free sources of new thermal energy by placing blankets over hot things.

“Today,” Ward explains, “there is widespread consensus that greenhouse gases are causing the warming and that we must reduce emissions promptly to avoid serious consequences. Unfortunately, this is based on faulty assumptions and a fundamental misunderstanding in physics about what heat is and how it flows.”

What: The 130th Annual Geological Society of America Meeting

About: The Geological Society of America, founded in 1888, is a scientific society with more than 25,000 members from academia, government, and industry in more than 100 countries. Through its meetings, publications, and programs, GSA enhances the professional growth of its members and promotes the geosciences in the service of humankind. Headquartered in Boulder, Colorado, GSA encourages cooperative research among earth, life, planetary, and social scientists, fosters public dialogue on geoscience issues, and supports all levels of earth science education.

Dr. Ward worked 27 years with the United States Geological Survey as research geophysicist, branch chief, and program manager. He helped develop and manage a major national research program, chaired a committee at the White House, testified before Congress, worked on a committee for Vice President Gore, published more than 50 scientific papers, and won two national awards for explaining science to the general public. He retired in 1998, working intensely for the past decade trying to resolve several enigmatic observations related to climate change.

Ward’s analysis and theory are explained in detail on his website and in his new book:
"What Really Causes Global Warming? Greenhouse Gases or Ozone Depletion?"