According to research conducted by a team led by Dr. Sahar Bedrood of Acuity Eye Group, anti–vascular endothelial growth factor therapy (Anti-VEGF) injections could have a significant impact on the prevalence of ocular hypertension and primary open-angle glaucoma. 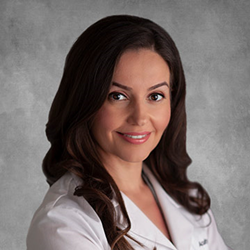 According to research conducted by a team led by Dr. Sahar Bedrood of Acuity Eye Group, anti–vascular endothelial growth factor therapy (Anti-VEGF) injections could have a significant impact on the prevalence of ocular hypertension (OHT) and primary open-angle glaucoma (POAG). Dr. Bedrood recently presented the findings at the American Academy of Ophthalmology (AAO) Annual Conference 2020.

Anti-VEGF injections are commonly used to treat a number of ophthalmic conditions, such as wet age-related macular degeneration (AMD), diabetic macular edema (DME) and other diseases of the retina.

During the study, researchers examined 927 eyes belonging to 624 consecutive patients over the span of 1 year. Each patient received an intravitreal injection (IVIs) of an anti-VEGF agent involving bevacizumab, ranibizumab or a combination for either neovascular AMD or DME.

According to their findings, the treatment arm of the study had a significant increase in OHT, POAG, and glaucoma suspect (GS) when compared to the healthy control group. In the glaucoma suspect portion of the trial, the investigators discovered that 18% of patients had cupping and retinal nerve fiber layer loss (both early signs of glaucoma) without ocular hypertension. POAG and OHT were also positively linked with the number of intravitreal injections.

“Patients treated with anti-VEGF agents against age-matched controls had an increased rate of POAG, OHT and GS,” the authors wrote. “Interestingly, the rates of POAG and OHT were strongly correlated with the number of intravitreal injections.”

Dr. Bedrood is a highly-respected glaucoma and cataract specialist who has been honored with multiple awards throughout her career in recognition of her leadership as well as her research endeavors. She is also Partner at Acuity Eye Group, home to some of the nation's top ophthalmologists. She speaks at multiple national conferences every year on the topic of glaucoma and is on the editorial board for Glaucoma Today as well as the American Academy of Ophthalmology's EyeNet publication.

At Acuity Eye Group, they are committed to helping ophthalmologists and optometrists realize their full potential while providing best-in-class patient care to all those in need. They are experts in the business of ophthalmology with years of experience in the industry. Acuity Eye Group has world-class doctors and surgeons on their founding team who are still in practice today including Tom S. Chang, Michael Samuel, and Michael Davis. Established as one of the largest, integrated eye care service groups in the country, Acuity Eye Group prides itself on its mission to improve patients' quality of life through excellence in eye care and patient experience.

Headquartered in Pasadena, CA, the Company offers access to ophthalmology services from Visalia to San Diego. Patients interested in being seen at one of the many Acuity Eye Group clinics in California can schedule appointments through the 24/7 Call Center at 800.898.2020. Those interested can also request appointments directly on the Acuity Eye Group website at AcuityEyeGroup.com where they will find additional information on Acuity Eye Group’s doctors, locations, and the diseases they treat.