Recent Journal Article on Diabetes Remission Adds to the Growing Pile Of Evidence in Favor of Bariatric Surgery, Says Dr. Feiz and Associates

Commenting on the recent article, the Los Angeles bariatric surgeon notes that this evidence is just the latest clinical data that proves just how effective weight loss surgery can be in the fight against diabetes. 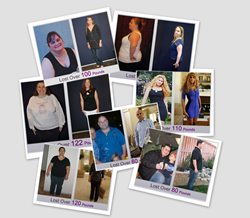 Many of Dr. Feiz's former patients have shed dangerous health conditions along with their weight loss.

There have been numerous studies over the years with similar findings about the relationship between diabetes and weight loss surgery.

According to a study published August 25th in the Journal of the American Medical Association, individuals with type 2 diabetes that participated in a three year study about weight loss and diabetes were far more likely to see remission of diabetes three years down the line if they elected weight loss surgery at the onset of the trial. In fact, the participants in the trial that were selected not for bariatric surgery but instead for a three year lifestyle modification plan, did not experience any statistically significant diabetes reduction as a group. On the other hand, anywhere from 29 to 40 percent of all patients who had weight loss surgery (depending on the specific procedure) experienced a complete or partial remission of type 2 diabetes at the three year mark after their surgery. According to Los Angeles bariatric surgeon Michael Feiz, M.D., F.A.C.S. of Dr. Feiz and Associates, there have been numerous studies over the years with similar findings about the relationship between diabetes and weight loss surgery.

Dr. Feiz explains that the reason weight loss surgery is so effective in reducing the prevalence of type 2 diabetes is because it is the best, scientifically proven method to help obese patients lose weight. Obesity is tied heavily to diabetes, heart disease, and a number of other dangerous conditions, so losing excess weight typically has huge benefits for a patient’s overall health. Any patients interested in learning more about weight loss surgery can call Dr. Feiz and Associates at 310-855-8058 or visit the medical office online at http://www.DrFeiz.com.