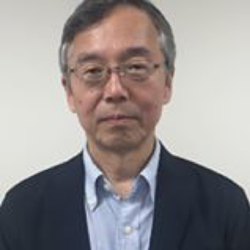 According to DSCC CEO Ross Young, “We are thrilled to have Tsutsu-san join our team. He has deep experience in OLED and LTPS LCD display manufacturing and development, business planning, marketing, customer knowledge and more. He will be an asset to our mobile display and display equipment related reports and consulting as well as other areas along with our event business.”

Tsutsu-san was most recently at Japan Display Inc. (JDI) for 7 years where he held the position of Senior General Manager. At JDI, he was involved in mobile display planning and helped boost revenues by nearly 6X from 90B to 530B Yen. He worked closely with Apple which was JDI’s largest customer. He also played a key role in developing budgets and mid-term plans.

Prior to JDI, Tsutsu-san was at TMDisplay for 10 years where he rose to the position of General Manager. At TMDisplay, he was also involved in mobile display planning and also worked closely with Apple. Prior to the planning role, he was involved in their OLED display promotion efforts where he managed over 100 employees. He was also involved in automotive display planning for 4 years and in corporate planning for 2 years where he steered the company away from TVs to mobile displays. His initial role at TMDisplay was in OLED R&D where he developed a new driving method.

At Matsushita Electric, he was involved in LCD and OLED R&D for 17 years where he rose to the position of Team Leader. He has extensive science, engineering and physics expertise and authored numerous patents and scientific publications. While at Matsushita, he spent 2 years at Cornell in their Department of Materials Science and Engineering as a visiting scientist where he studied the use of SiGe alloy as a TFT semiconductor material as a way to help Matsushita differentiate its technology from its competitors. He later helped develop very high mobility LTPS TFT technology at Matsushita reaching mobilities of 300cm2/Vsec. Prior to his work on SiGe, he helped ramped up both their dry etch and wet etch processes.

Tsutsu-san has a MS in Physics from Kyoto University, speaks and reads English at a very high level and won an Outstanding Poster Award at Asia Display.

ABOUT DSCC
Display Supply Chain Consultants (DSCC) was formed by experienced display market analysts from throughout the display supply chain and delivers valuable insights through consulting, syndicated reports and events. The company has offices in the US, Europe, Japan, Korea and China. DSCC is on the web at http://www.displaysupplychain.com and can be reached in the US at info@displaysupplychain.com or (770) 503-6318.