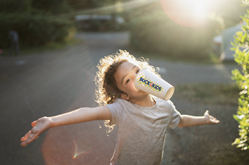 $1 from every drink sold Friday, Sept. 27 will go to a local children's organization

Each year, our customers show up and make a huge impact. Together, we’re doing amazing things — it’s truly inspiring.

Dutch Bros is celebrating National Coffee Day a few days early with the company’s annual Buck for Kids event. On Friday, Sept. 27, all of Dutch Bros’ more than 350 locations will donate $1 from every drink sold to a local children’s organization.

“I can’t think of a better way to spend our energy and resources than to help support the kids in our communities,” said Travis Boersma, CEO and co-founder of Dutch Bros Coffee. “Each year, our customers show up and make a huge impact. Together, we’re doing amazing things — it’s truly inspiring.”

Dutch Bros is committed to supporting programs and projects that impact the day-to-day lives of children. Buck for Kids gives local operators the opportunity to direct funds to youth organizations that speak to the needs of their specific communities. Recipients include nonprofits focused on alleviating hunger, preventing child abuse, creating mentorship activities and providing medical transport for sick children.

To find a location near you, visit http://www.dutchbros.com/locations.

In addition to its mission of speed, quality and service, Dutch Bros is committed to giving back to the communities it serves. Through its Love Abounds Foundation and local franchisees, Dutch Bros donates several million dollars to causes across the country each year.