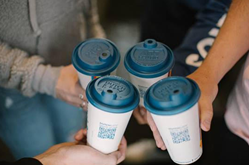 “This is personal for all of us. Our broistas, franchisees, operators and customers are committed to working together to share the Dutch Luv and make a massive difference in our communities.”

On Feb. 14, Dutch Bros Coffee, the country’s largest independent drive-thru coffee company, is raising awareness and funds to help combat hunger and food insecurity in its local communities. One dollar from every drink sold will go to local nonprofits across seven states.

“This is personal for all of us. We all know someone who has struggled with food insecurity,” said co-founder and CEO of Dutch Bros, Travis Boersma. “Our broistas, franchisees, operators and customers are committed to working together to share the Dutch Luv and make a massive difference in our communities.”

Dutch Bros and its customers have supported organizations working to defeat hunger for 14 years. Dutch Luv Day began as a canned food drive in 2007 and has grown into an annual, one-day fundraising event. Harnessing the impact of more than 370 locations in seven states, every dollar raised goes to an organization that addresses a community’s specific needs.

“More than 37 million people in the United States struggle with hunger each year – and we know that communities like single moms and people of color are disproportionately affected,” said Susannah Morgan, Oregon Food Bank CEO. “These are our friends, family members and neighbors who are affected by hunger. This is us. And campaigns like Dutch Luv help to make a big difference in our local communities.”

Since 2007, Dutch Bros has raised more than $1.1 million for nonprofits dedicated to ending food insecurity in their communities. In 2019 alone, customers helped Dutch Bros provide more than 1 million meals through more than $350,000 dollars in donations.

In addition to its mission of speed, quality and service, Dutch Bros is committed to giving back to the communities it serves. Through its Dutch Bros Foundation and local franchisees, the company donates several million dollars to causes across the country each year.