E-commerce in Latin America to expand 37 percent in 2021, as Pix and digital wallets lead the charge in payments, per EBANX study 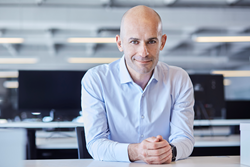 "The rise of real-time payments such as Pix and digital wallets is transforming Latin Americans’ relationship with digital commerce and creating a race in terms of better shopping experiences and expanded payments options," said João Del Valle, co-founder and CEO at EBANX."

Latin America's digital-commerce market is expected to grow by a whopping 37 percent by the end of 2021 and expand at a double-digit pace across the region through 2025, with some of LatAm’s current powerhouse countries such as Brazil and Mexico expected to grow steadily at about 30 percent per year, and newly emerging markets including Bolivia, Guatemala, Paraguay and Peru expected to grow even faster, above 40 percent and going as high as 80 percent each year.

This rapid acceleration is mainly driven by the widespread adoption of new payment methods such as e-wallets and Pix, the Brazilian instant-payments system, as found in the annual Beyond Borders 2021/2022 research study, now in its third edition, launched today by EBANX, the leading payments company that connects global and local companies to Latin America’s consumers.

The annual study is based on data from multiple sources, including market forecasts by Americas Market Intelligence (AMI), a strategic market research consulting firm, and anonymized EBANX data on LatAm consumer’s behaviors and preferences. This latest edition of Beyond Borders predicts that Pix, the Brazilian instant-payments system launched in late 2020, will soon become an ecosystem of solutions that will serve as a benchmark across Latin America.

Pix – which has been adopted by more than half of Brazil’s population of 214 million people – is now outpacing boleto, credit and debit cards in total volume – and it may even turn into a real-time cross-border payments hub for the entire region, helping to change the way Latin Americans pay for all types of goods and services, as shown by the data presented in the study.

"The rise of real-time payments such as Pix and digital wallets is transforming Latin Americans’ relationship with digital commerce and creating a race in terms of better shopping experiences, expanded payments options, and even impacting logistics’ prowess and financial innovation," said João Del Valle, co-founder and CEO at EBANX. "The data presented in this year's study finds the rapidly evolving payments landscape has become a real foundation that supports the consistent growth of the entire digital commerce market in LatAm."

According to the new Beyond Borders study, online shoppers in Brazil who pay with Pix chose this payment method in about 40 percent of their online transactions – showing its increasing preference amongst consumers.

For this analysis, the Beyond Borders’ research team considered all the online purchases made by around 350,000 unique users who paid with Pix within EBANX’s platform using anonymized data through September 2021. These purchases were made through 140 merchants, from all business verticals – mostly retail, but also those in the gaming, travel and the digital services’ sectors.

EBANX’s new data shows that Pix's average order value is 38 percent higher than that of credit cards and boletos (a cash-voucher payment method that is widely used throughout Brazil, Latin America’s largest economy).

The Brazilian instant-payments system is expected to account for around USD $9.5 billion of online payments in 2021, as forecast by AMI. This amount would represent about six percent of all digital commerce volume in Brazil during 2021 – which makes this payment method more popular than debit cards.

Pix volumes for online purchases will nearly double every year, growing at a 95 percent rate until 2024, according to AMI. By then, the instant-payments system is expected to represent at least nine percent of total Brazilian digital commerce volume and could become a benchmark for the whole Latin America region.

Alternative payment methods are on the rise, while mobile commerce accelerates

Just like Pix, digital wallets provide almost instant confirmation and are seeing enormous adoption across the region, helping to bring new people to digital commerce and becoming a hub for financial services and shopping experiences. According to Beyond Borders 2021/2022, e-wallets are now the fourth-most relevant payment method in Latin America's digital commerce ecosystem, with around 11 percent share of total payments volume.

The growth of new forms of payments has occurred at the same time that mobile purchases have surpassed the ones made via desktop in Latin America. By the end of 2021, nearly 60 percent of LatAm's total digital commerce purchases will be paid through smartphones.

"The intrinsic mobile experience offered by e-wallets is gaining strength quickly alongside the high smartphone penetration in LatAm. In many countries in the region, there are more adults who have a smartphone than a bank account, converting these mobile gadgets into a fundamental instrument for digitization and financial inclusion," said Juliana Etcheverry, director of Strategic Payments Partnerships and Market Expansion in LatAm for EBANX. "They are a powerful tool for digital innovation and a cost-effective delivery method for financial products."

Debit cards are another highlight from the study, now ranking as the third most popular payment method in the region's digital commerce market in 2020, and sustaining this position in 2021, according to AMI data. Among the new users of debit cards within digital commerce, there are consumers from low to middle-income segments, online newcomers and new generations brought in by fintech companies.

"In other words, the growth of debit cards in Latin America's digital commerce shows that it is not just the upper class who is buying online. Consumer behavior has also changed, with people entering online commerce for the first time to buy groceries and every-day products – items with a lower average ticket value that make it more likely for them to pay with a debit card. They are now more used to purchasing a wider variety of products online and using debit cards to do so," Del Valle said.

A vital battleground for global and local players

Beyond Borders finds Latin America to be one of the fastest-growing e-commerce markets in the world. The region is expected to expand at 31 percent per year through 2025. Central America, especially, will have some of the highest growth rates in the region in 2021: with an online market still in its infancy, and a young and digital-savvy population that is eager to buy online, the region should be the next sweet spot in LatAm. Countries such as El Salvador, Guatemala, and Panama are expected to lead the way in 2021, with growth rates of 50, 60 and 40 percent, respectively.

Because of this hyper-growth scenario, Latin America has become a battleground for global and local players, with growing competition in both retail and digital products and services.

As found by the study, the region will be the key to sustained growth for global companies, while more mature markets such as the United States and Europe reach a saturation point. LatAm's streaming market, for instance, is the second-fastest growing worldwide, according to estimates from the global data and insights firm Netscribes, with fierce competition between local and global players.

Meanwhile, the strong performance of online retail, which is expected to grow 40 percent in 2021 across the region, is bringing a new trend in Latin America. The new Beyond Borders' data shows that local e-commerce titans such as Mercado Libre, Americanas and Casas Bahia are competing head-to-head with global players like Amazon, AliExpress and Shopee, with both offering national and international products on their platforms and attracting more small and medium-sized businesses (SMBs) to the digital world.

"Beyond Borders shows an intriguing scenario for digital commerce in Latin America, where players who invest in localization and the right payments strategy, whether they are local or global, national or international, have a better chance to seize the region's full potential. It's a market that is now fully opened to the ones who provide the best shopping experience and engage more deeply with Latin American consumers," said Del Valle.

About EBANX
EBANX is the leading payments platform in Latin America, connecting more than 35,000 global and regional companies with customers from one of the fastest-growing digital markets in the world. The company was founded in 2012 with the mission of giving access for Latin Americans to purchase from international e-commerce merchants. With powerful proprietary technology and infrastructure, combined with the deepest knowledge in Latin American markets, EBANX allows companies with local or international operations to connect with hundreds of payment methods in different countries. EBANX goes beyond payments, increasing sales and fueling seamless purchase experiences for companies and consumers. For more information, visit https://business.ebanx.com/en/.