Flexioffices a trusted supplier of serviced offices and office space across the UK has experienced large growth for the first half of 2013 in the service sector. 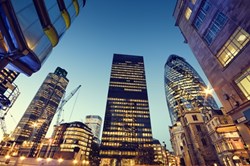 It is a true indicator of the improved economy when a business such as ours working at the coal face of the economy mainly placing startups, and expanding companies in to flexible office space can experience such phenomenal growth.

Since October 2012 Flexioffices a broker who places businesses in to short term office space has seen a two fold increase in staff numbers and a move to new offices in London’s Holborn.

‘It is a true indicator of the improved economy when a business such as ours working at the coal face of the economy mainly placing startups, and expanding companies in to flexible office space can experience such phenomenal growth.’ Paul Slinn explains.

This growth is a positive sign for a still fragile economy in the UK. Flexioffices a company reliant on the UK economy would have struggled in previous years, but throughout the beginning of 2013 the company has thrived.

Enquiries for the first six months of 2013 are up 37% for the same period during 2012. Paul continues ‘Just looking at the rise in the number of enquires does not however tell the complete picture- as those companies who are enquiring are actually taking space and being much more robust about their decisions reflecting the mind-set that now is the time to grow.’

This is a good insight into the economy as a whole with companies now seeing this as the opportune time to start a new business or grow their existing business further with an optimistic forecast for the UK economy. Recent economists have been commenting on the recent growth within the economy with positive figures being experienced for the last couple of months.

The UK’s service sector in particular, has expanded at its fastest rate in the last 7 years. This is stronger than anyone forecasted with the Services Purchasing Managers Index (PMI) rising to 60.2 in July 2013 from 56.9 in June 2013. Any reading that is above 50 indicates growth and this month’s PMI figures have completed 3 months’ worth of positive results.

The chancellor recently released that a 0.6% increase in the UK economy was experienced in the 3 months prior to June; with the service sector experiencing far greater growth than that mentioned.

The growth experienced at the beginning of the third quarter has increased further with the three months prior to July seeing the UK economy growing by 0.7% a further 0.1% increase on the three months in the run up to June.

There continues to be a positive outlook for the service sector and UK economy with companies such as Flexioffices continuing to build, helping recover and grow the UK economy which should help elevate the UK from the current state of affairs.