The LGBTQ+ plaintiffs, including Divino Group LLC, claim alleged discrimination, fraud, unfair and deceptive business practices, unlawful restraint of speech and breach of consumer contract for themselves and the LGBTQ+ community 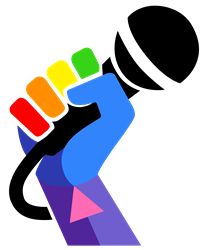 Rainbow coalition of LGBTQ+ vs. Google/YouTube

Discrimination is never a happy event, and we feel that, especially in the political environment we live in today with our rights being peeled away on what seems like a weekly basis, we have to do something about it, said Chris Knight, a gay plaintiff with GlitterBombTV.com.

Amidst a national backdrop of concern about rollbacks of anti-discriminatory laws for protected classes, eight LGBTQ+ YouTube creators have come together to file a lawsuit (Case 5:19-cv-04749) with the U.S. District Court, Northern District of California, San Jose Division on behalf of the LGBTQ+ community, a protected class under California law. They are being represented by the law firm Browne George Ross.

The court filing alleges: “The LGBTQ+ plaintiffs are lesbian, gay, bisexual, transgender, transsexual or queer content creators, viewers, users, and/or online consumers of YouTube who bring this lawsuit to redress defendants Google/YouTube’s discrimination, fraud, unfair and deceptive business practices, unlawful restraint of speech, and breach of consumer contract rights on behalf of themselves and other lesbian, gay, bisexual, transgender, transsexual, or queer persons (collectively referred to as the ‘LGBTQ+ community’) who use the global social media site known as ‘YouTube.’”

The eight LGBTQ+ plaintiffs filing the lawsuit vs. Google/YouTube today include:

Court documents allege: “Google/YouTube control and regulate more than 95 percent of the public video-based content and communications in the world. By controlling and regulating virtually all the public video content in the United States and the rest of the world, Google/YouTube operate YouTube as the largest for-profit forum dedicated to free speech and expression in the history of the world. It is estimated that defendants reap more than $25 billion in annual revenues and profits solely by regulating, distributing, and monetizing the free speech and expression of the estimated 2.3 billion people who use YouTube.”

If you’d like to get updates on the lawsuit, send words of encouragement, or you think you have a similar claim, please write to us at: rainbowcoalition(at)divinogroup.net.

San Francisco's GNews! can now be found on GlitterBombTV.com