Elizabeth Lott’s newly released “His Prison Cell Angel” is a great narrative that revolves around holding onto faith, trusting in oneself, and finding connection

“His Prison Cell Angel” from Christian Faith Publishing author Elizabeth Lott is a fascinating read that chronicles a CIA agent in captivity, tortured to near-death, as he finds hope at the last minute and in the shape of a familiar woman in his dreams. 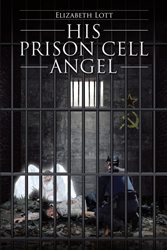 “His Prison Cell Angel”: an intriguing tale of faith and soul connection as two people are brought together to face the adversities that chase them. “His Prison Cell Angel” is the creation of published author Elizabeth Lott, a writer who taught school and loves reading, writing, quilting, cutting, and decorating eggs, and she loves to cook for her family.

Lott shares, “James Johnson, a CIA agent, was captured in Russia and thrown into prison. The punishment and torture that were inflicted upon him were brutal and barbaric. When he thought that he was about to die, from starvation and illness, James drifted off into a state of euphoria and bliss. A lady from his past, one that he had loved deeply, appeared to him as an angel. The Lady's name is Sarah. Seeing her in his dream gave James the courage to pray and a will to live.

“For almost a year now, Sarah has been having dreams about James. Some of them, the ones that she could remember, left her feeling uneasy about him. By chance, maybe some would say it was providence, James and Sarah found each other again...”

Published by Christian Faith Publishing, Elizabeth Lott’s new book is an enthralling novel about James being saved from the tortures of a Russian prison with the hopeful light of love, faith, and will to fight for oneself. Readers will surely be hooked to this engrossing saga!

View a synopsis of “His Prison Cell Angel” on YouTube.

Consumers can purchase “His Prison Cell Angel” at traditional brick & mortar bookstores, or online at Amazon.com, Apple iTunes store, or Barnes and Noble.

For additional information or inquiries about “His Prison Cell Angel,” contact the Christian Faith Publishing media department at 866-554-0919.