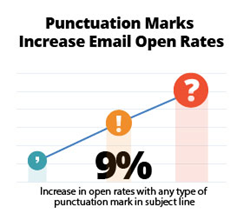 Santa Monica, Calif. – Oct. 29, 2015 – A new study by Retention Science, an innovator in retention marketing, has uncovered the attributes that make up the perfect marketing email and the content that drives conversion. The data was derived from an analysis of more than 1 billion emails resulting in 60 million orders from brands such as Diamond Candles, Dollar Shave Club and The Honest Company over the past two years. For example, the study found conversion rates are higher with percent-off deals than dollar-off deals, and consumers are more likely to open emails with six to 10 word subject lines punctuated with question marks.

Put Forth Percent-Off Deals
Dollar-off savings may seem like the most appealing promotions, but they’re not as effective as other types of deals. Retention Science’s data shows customers are more receptive to percent-off deals with 38 percent of customers more likely to click, and 47 percent more likely to convert when they were presented with a percent-off offer vs. a dollar-off offer.

Keep Subject Lines ASAP (As Short As Possible)
Six to 10 words is still the optimal length for email subject lines, ranking highest for open rates (21 percent) for the second year in a row. Second highest is zero to five words, with a 16 percent open rate. The rates start to fall significantly in the 11 to 15-word range, with emails only opened 14 percent of the time, and results only decrease from that point.

“Consumers are sifting through tons of emails a day and making at-a-glance judgments about which to open and which to trash, so it’s vital to be descriptive and brief,” said Jerry Jao, CEO of Retention Science. “While six to 10 words is the sweet spot, our clients experimenting with even shorter subject lines, those in the one to two-word range, are seeing even more impressive results.”

Click Rates Highest in October, Conversions Highest in July
While open rates are consistent throughout the year, click rates are highest at the beginning of the holiday season, reaching 30 percent in October and 27 percent in November. Likely due to Fourth of July holiday sales, July has the best conversion rate of any month, with rates 21 percent higher than average. December ranks second, with rates 10 percent above the norm.

Email Subscriptions Falter During Summer Months
Losing access to a customer’s inbox can be detrimental for marketers, which is why it’s imperative to know the times of the year customers are most likely to unsubscribe. In looking at the unsubscribe data over the course of a year, Retention Science found 28 percent of total unsubscribes occurred in August, the highest of any month. The holiday season saw fewest unsubscribes during the year – November accounted for 4% and December for 5% -- likely because consumers are on the lookout for deals and gift ideas. Marketers may also want to amp up their efforts in April and October, which accounted for above-average amounts of unsubscribes (8 percent and 9 percent, respectively).

Novelty Items Spark Interest, But Not Sales
Subject lines that mention novelty items generate more interest, showing a 6 percent lift in open rates. However, when it comes to featuring products in the email body, marketers should stick to the familiar. Common goods such as groceries and personal basics have a 10 percent higher click-through rate than novelty or specialty items, even when the novelty item was featured in the subject line. This may be because novelty items tend to be higher priced, and people need to replenish basics more often.

Research Methodology
Retention Science analyzed more than 1 billion emails sent by a cross-section of retailers in the past two years. Results were normalized to account for varying sample sizes. The campaigns involved retailers involved in specialty goods, apparel, baby products and wellness products, among others.

Retention Science, the global leader in Retention Marketing, helps retailers and brands understand, engage and retain their customers. Its marketing platform can accurately predict customer behavior, and those insights used to conduct one-to-one email, website and mobile marketing campaigns that increase conversion rates and revenues. Headquartered in Los Angeles, Retention Science powers campaigns for Target, Dollar Shave Club, The Honest Company, Zumba Fitness and many other innovative brands. The company was recently named one of the “Most Innovative Companies in Los Angeles” by Inc. Magazine. For more information, follow Retention Science online or on Twitter.