End of the Year Traffic Tragedies are a Reminder to Drive Safely, says Legal Defenders at the Law Offices of Burg & Brock

The Los Angeles-based personal injury law firm comments on a recent article that traffic safety is a year-round concern. 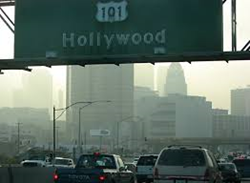 Los Angeles includes many of the world's most crowded throughways.

Accident rates can increase around the New Year’s holiday due to DUI and other problems, but they also spike on a monthly, weekly, and hourly basis throughout the year.

A December 29th article in The New York Post reported on a major Los Angeles accident involving a wrong-way collision on Interstate 5 in Sylmar, a neighborhood in the Northern San Fernando Valley; the incident killed three and appeared to be related to impairment due to alcohol or drugs. The Law Offices of Burg & Brock, a Los Angeles based personal injury legal firm, comments that accident rates can increase around the New Year’s holiday due to DUI and other problems, but they also spike on a monthly, weekly, and hourly basis throughout the year; it’s never the wrong time to be extra careful. Generally speaking, the firm notes that many drivers are in too much of a hurry and do not pay attention to the common-sense rules of traffic; if they should happen to meet with an impaired or distracted driver, the results can be tragic 365 days a year.

Rush-hour traffic actually lightens during holiday times in Los Angeles, says the Law Offices of Burg & Brock, but the rest of the year drivers are very often frustrated with dense and unpredictable Los Angeles traffic. In addition to the millions and millions of people living in the area, LA is a popular year-round business and tourist destination for both domestic and international travelers. This compounds typical traffic problems and is obviously frustrating for everyone on the road throughout the enormously sprawling area. It’s understandable that people are in a rush, but nothing is worth losing a life, the firm adds. Moreover, drivers with busy career and personal lives may be tempted to multi-task, especially in frustrating start-and-stop traffic, but the twenty or thirty seconds saved by reading or, worse, responding to a text message while at the wheel can end up costing a lifetime.

Driving is a responsibility to the driver, any passengers and everyone else on the road, the Law Offices of Burg & Brock urge the public to not let difficult driving conditions get the best of them. The only solution is for drivers to be more patient and to stay on the alert for the unexpected, whether it’s a drunk driver or a reckless pedestrian. The office suggests drivers give themselves more than enough time to get to their destination. It adds that Waze and other navigation systems can reduce stress and make it easier to focus on driving rather than travel directions. The firms adds that individuals can even take advantage of LA’s rapidly improving public transportation system when possible – sitting in a subway car on the way downtown definitely beats sitting in the world-class traffic at the intersections of the 101 and 110 Freeway, says the firm.

Readers who want to learn more about the Legal Defenders at the Law Offices of Burg & Brock are invited to call (800) 926-8197 or visit the firm’s website at http://www.LegalDefenders.com.