New Novel is Based on Real life Experiences of Atrocity Survivor 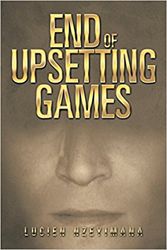 Shocked that some people in his new home in Canada did not hear of the plight of the Burundian people, and after touching people with his recollections, Lucien Nzeyimana, author of “Burning the Last Straw,” was compelled to recount his painful past. He revisits memories of his family’s murder, his escapes from certain death, the meager existence in refugee camps and the harrowing realization that if the army did not kill him, then certainly hunger, disease and depression would. With each and every retelling, Nzeyimana returns to these traumatic times, the horrors which haunted him every single day, and the guilt of not being able to share his experience with others – a Sisyphean act of storytelling. By writing the “End of Upsetting Games” (published by Xlibris) Nzeyimana hopes to finally stop repeating the same story over and over again. His testimony is a metaphorical exorcism of the agonies of yesteryear.

His novel is set in Burundi and follows Jacob Barak, who witnesses immense cruelties against his people and whose attempts at creating a safe and peaceful life are stymied by tremendous obstacles. He becomes an activist for justice, but on the cusp of victory, and after his party wins a democratic election, their hopes and dreams are ended by a brutal military coup. Elected leaders are murdered, the rule of the people is replaced with the rule of the gun, it becomes a bath of blood and Jacob tries to flee to Tanzania. An odyssey of danger and despair begins, and over time, Jacob becomes an adult and a father determined to keep his children safe. He moves to Canada, in search of a new life, but even in this, he is obstructed. There are thorns adorning the rose he sought. He meets Nikita Chissocco, a childhood friend and a dream come true, epitomizing the joy he had lost, a friend, a lover, and a mother to his future children. Unfortunately, she would only bring more misery to his life.

“End of Upsetting Games” is powerful and poignant, touching on themes of reconciliation and forgiveness during periods of oppression and great evil, and in the time afterwards. Nzeyimana tells a masterful tale wrought from his very own past, a story of human resiliency that is ultimately compelling and profoundly moving in all its humanity.

About the Author
Lucien Nzeyimana is a graduate of the University of Burundi. His graduation coincided with the military coup that claimed the life of the first democratically elected president, members of his government , and millions of innocent citizens. After escaping certain death 12 times, Nzeyimana sought asylum in neighboring Tanzania before moving to Canada. He worked as teacher in Burundi, Tanzania, and Quebec before he joined the transport industry with Diversified Transportation, Ltd. He currently works with GOLDEN ARROW. He lives in Fort McMurray, Alberta. He can be reached by e-mail at nzebarak@yahoo.fr.