the first greenfield refinery to receive a permit in the US in almost 50 years, placing the US back in the energy game 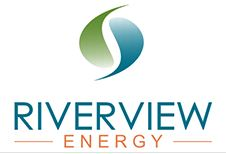 "Receiving our air permit is an integral step in the process of bringing the direct coal-hydrogenation plant to Indiana. It is also a significant milestone for the U.S. because the plant will be the first greenfield refinery permitted in almost 50 years.

Riverview Energy is the sixth-generation energy business with a focus on cleaner uses of traditional fuels. After many years and with a significant amount of work from their project sponsor (family business in Geneva), Riverview Energy is the first greenfield refinery to receive a permit in the US in almost 50 years. It is an EPA permit that allows for building of the plant; without this permit there is no plant.

Gregory Merle, President of Riverview Energy met Julio Gonzalez in 2018, and when describing the project, Julio took an immediate interest. Julio is responsible for helping to bring one of the world’s largest banks into the project, said Gregory Merle. Today that bank is engaged with Riverview to be the underwriter for all the debt financing - roughly $1.6 Billion USD. This brings the project that much closer to ground-breaking and brings in a brand-name financial institution to help the project advance.

"Receiving our air permit is an integral step in the process of bringing the direct coal-hydrogenation plant to Indiana. It is also a significant milestone for the U.S. because the plant will be the first greenfield refinery permitted in almost 50 years. This sends a clear message: The United States is back in the energy business,” said Gregory.

The Riverview Energy refinery in Indiana is the first of many planned, as it is a key step to cleaning our air by producing clean fuels from non-traditional sources. This will place Indiana at the epicenter of this new energy revolution helping keep coal jobs in an area that needs it the most; creating over 225 permanent jobs and over 2200 construction jobs.

There is still on-going development, such as geotechnical surveys, detailed engineering, procurement work, hiring the best teams to build and eventually to operate the plant. Lastly, securing equity financing to close out the projects finance. From the looks of it – they are well on their way!

Julio Gonzalez is a leader in the specialty tax community and has earned the respect of his peers due to his knowledge of optimizing. He is an in-demand speaker who appears at national industry conferences and community events. Gonzalez is a regular guest on news networks where he is brought on as an expert for tax reform and tax sophistication for wealth preservation.

About Riverview Energy
Riverview Energy Corporation is part of a privately held, sixth-generation, family-owned operation that has been in the energy industry since 1843. Few companies can boast this longevity. Our collective operations offer a wide range of carbon products to our customers, including thermal coal, coking coal, and metallurgical coke – and we supply coal and other materials serving large multi-national needs in power, metals and cement production. Our enterprise sources coal from the ten largest producers in the world, selling coal to over fifteen different countries. Our collective operations span across Switzerland, France, Spain, India, Hong Kong, and the United States. overall, our collective operations trade approximately 7 million tons of coal per year, selling to power stations, iron/steelmakers, cement and chemical producers, and others. Currently, the company is working to establish the Riverview Project in Spencer County, Indiana.