Author Terry Parker debuts his first novel of a planned trilogy which examines the planet Gaia’s encounter with humanity on Earth as well as with the power of emotion. 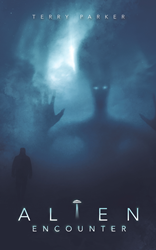 "'Alien Encounter' started as a short story which I wrote with the intention of recapturing my grandson’s interest in reading,” said Parker.

The fascinating new science fiction story “Alien Encounter” presents author Terry Parker’s debut novel, and the first of a planned trilogy, which follows the exciting adventures of a crew of explorers from the planet Gaia during their initial encounter with humans. Inspired by Plato’s Republic, Parker weaves in concepts of culture and behavior into his narrative where the perfect society lies somewhere between Earth culture and the Alien Society of Gaia.

When an exploratory craft from the planet Gaia picks up a weak, undecipherable signal from a distant backwater planet, the crew decides to take a risk and check it out. What they discover is Earth, a planet populated by the first sentient beings any Gaians have encountered beyond themselves. Even more intriguing, these beings may possess something missing from among the Gaians. As the two societies begin to interact, the Gaians struggle to work with these beings so unlike themselves, driven by emotion rather than reason and logic, but doing so may be their only hope of returning home.

“'Alien Encounter’ started as a short story which I wrote with the intention of recapturing my grandson’s interest in reading,” said Parker. “It seemed to work so I continued writing multiple chapters each week for him to read and decided to turn it into a book.”

Suitable for readers of all ages, “Alien Encounter” provides a philosophical perspective while entertaining readers with its sci-fi approach as well as providing a look at the different morals among the two societies and how they can learn and grow from one another. To learn more, please visit http://www.terrynparker.com.

About the Author
Terry Parker was born in Yorkshire, England and has been writing since the age of 12. He was commended for his essay writing at school where he won a competition for writing. Parker moved to Australia with his family at age 14 where he went on to join the Royal Australian Navy as a midshipman and left as a Lieutenant after nine years of service. He earned his Bachelor of Electrical Engineering from the University of NSW and became an IT Manager and later took up project management. He has been sole contracting for the last 15 years consulting and running project management workshops. Parker has two daughters and five grandchildren and was inspired to write “Alien Encounter” to capture his grandson’s interest in reading. He currently resides in Wahroonga, Australia and is working on the sequel to “Alien Encounter” titled “Rogue Alien.”