EpiPens May Lose Potency Within Hours When Stored in Heated Car

Small pilot study from JACI: In Practice, an official journal of the AAAAI, demonstrates autoinjectors left in vehicles during sunny days may be less effective. 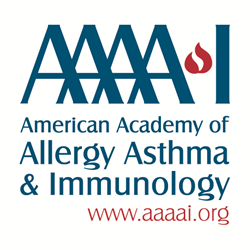 Patients may want to think twice before leaving their EpiPen inside their vehicle, according to a small pilot study published in The Journal of Allergy and Clinical Immunology: In Practice (JACI: In Practice). The study found even a single, short-time exposure to heat in a car during a sunny day can decrease epinephrine concentration in autoinjectors. If such degradation turns out to be progressive or cumulative, it could result in significant underdosage of epinephrine during anaphylaxis.

“We want to urge everyone to never expose their EpiPens to high temperatures or leave them in their vehicles,” said first author Piotr Lacwik, MD. “Underdosage during an anaphylaxis episode can have deadly consequences, so it is important patients keep autoinjectors stored correctly.”

Epinephrine autoinjectors (EAIs) have recommended storage temperatures of 68 – 77 degrees Fahrenheit, with excursions of 59 – 86 degrees Fahrenheit permitted. During the summer months, however, EAIs may be exposed to high heat accidentally when being stored in locations with unregulated temperatures, such as inside a vehicle. Moreover, with growing global warming concerns, the risks associated with inappropriate EAI storage are becoming valid in an increasing number of locations and climates worldwide.

Alarmingly, the study concluded that despite the decrease in epinephrine concentration in the EAI there were no recognizable changes in the solution’s appearance.

“This is a very small pilot study,” Dr. Lacwik said, “but it’s an excellent reminder for patients to take great care when carrying their autoinjectors.”

These results suggest that even a single exposure to the high temperatures inside a vehicle can result in a decrease of epinephrine concentration in autoinjectors. While it is unlikely that the decrease is significant enough to make the dose ineffective, further research must be conducted to evaluate if exposure is progressive or cumulative, which may lead to significant underdosing during anaphylaxis.

For their safety, patients should always keep their EpiPens with them and refrain from leaving them inside a vehicle during warm weather, even for a short time.

You can learn more about anaphylaxis and epinephrine autoinjectors at the AAAAI website, aaaai.org.