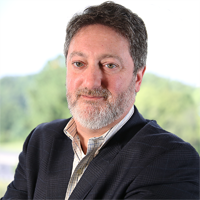 I was drawn to eSpatial because of the power of its existing mapping software and the great opportunity for further expansion into Territory Optimization. There is no other tool that encompasses data mapping and visualization, automated territory planning, as well as field scheduling. - Ken Kramer

eSpatial has taken aim at a gap in the Enterprise Territory Optimization market by hiring Ken Kramer – a former TerrAlign and MapAnything executive – to head up its North American efforts.

Kramer has significant experience in Territory Optimization, Sales Performance Management (SPM), and Customer Relationship Management (CRM) systems. He launched his first Territory Optimization product at MapInfo more than 20 years ago. After that, he spent about 13 years working with TerrAlign, where he grew the software business and transformed the company into a market leader. As President, he drove TerrAlign’s acquisition by MapAnything, where he became the Chief Marketing Officer (CMO).

“Ken has brought a wealth of experience to eSpatial, with a deep understanding of what customers need from a Sales Territory Optimization solution,” said eSpatial CEO Philip O’Doherty. “In a short period of time, he’s help us launch significant product enhancements, with more to come this year.”

eSpatial is the first and only comprehensive, CRM-agnostic solution for companies that need to manage and maximize their sales resources. It’s the only end-to-end product that enables users to analyze current and previous outcomes, design optimized sales territories, and empower field reps with scheduling and route optimization.

“I was drawn to eSpatial because of the power of its existing mapping software and the great opportunity for further expansion into Territory Optimization,” Kramer said. “There is no other tool that encompasses data mapping and visualization, automated territory planning, as well as field scheduling and routing.”

While eSpatial is based in Dublin, Ireland, they have nearly 700 clients based in North America. Kramer will head up US operations and build out a US presence to pursue the Enterprise Territory Optimization market.

Visualizing data makes it easier to understand your business operations and customers, helping you get ahead of the competition. eSpatial has been helping businesses do just that since it launched in 1997, and now works with household names like FedEx, HP and CocaCola.

The company continues to grow in the North American market, but its online mapping technology allows eSpatial to support customers worldwide.

Learn more about eSpatial at http://www.espatial.com or follow us on Linkedin.