Intelligent pig health platform EveryPig recently helped one of its users stay in compliance with pig medication withdrawal periods set by the U.S. Food and Drug Administration. The app’s withdrawal tracking system successfully identified a potential violation and alerted the production manager before the pigs were sent to market, which helped the farm avoid significant fines. 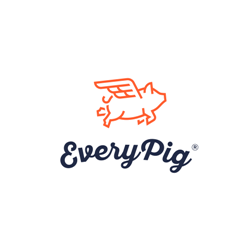 From tracking medication use, to providing real-time pig health insights for veterinarians, to streamlining communication between multiple production teams across farms, our platform helps producers be proactive about their pig health issues.

EveryPig, a top pig health and production management platform, today announced that its software recently helped one of its users successfully identify a potential withdrawal period violation. The discovery saved the farm and its pig owners from major financial penalties.

The incident was reported by a production manager who used the EveryPig software to audit groups of pigs that were scheduled to go to market the following day. The app’s proprietary medication withdrawal tracking system alerted the manager to an ongoing withdrawal period, which prompted him to stop the shipment of pigs to the processing facility. A similar incident in the industry recently cost a producer $1.5 million in packer fines.

“The app really saved us from a major financial and reputational crisis,” said the farm’s production manager who wished to remain anonymous. “We really care about the quality of our product, and we never want to be in a situation where we accidentally violate any compliance standards. So, having that added level of security from EveryPig has proven to be extremely valuable to our business.”

EveryPig Founder Chris Bomgaars added: “Helping pig owners and veterinarians through every step of the production process is exactly what EveryPig was designed to do. From tracking medication use, to providing real-time pig health insights for veterinarians, to streamlining communication between multiple production teams across farms, our platform helps producers be proactive about their pig health issues. And when pigs are healthy, it’s a win not just for the producer, but for the consumer as well.”

Created from the ground up specifically for the pork production industry, EveryPig has quickly emerged as a go-to platform for pork producers and veterinarians. In addition to continuously expanding its network of users in the United States, the company is also bringing its services to other countries.

EveryPig has recently added users in Canada and has released a version in Mandarin Chinese to address interest from the largest pig producing country in the world, currently battling African Swine Fever.

EveryPig is a groundbreaking management app for pig owners, producers and veterinarians. Created by people who truly understand the challenges of pork production, EveryPig is the only software solution of its kind that helps save pig lives by recognizing health issues in real time. An industry first, the app also employs artificial intelligence to accurately diagnose illnesses in postmortem images, forecast mortality issues up to a week in advance, and provide treatment recommendations; saving vets time and improving pig health outcomes. Utilized by some of the world’s top pork producers, the sophisticated yet easy-to-use platform supports a wide variety of business models, legacy software integration, and can be accessed on any device, including smartphones, tablets, and desktop computers. To learn more, visit http://www.everypig.co.