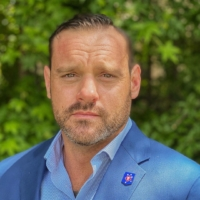 “Sam has demonstrated his deep commitment to our country and the safety of its citizens. His professionalism, leadership qualities and practical experience using CRGs made him the perfect addition to our team.”

As Critical Response Group, Inc. continues its rapid expansion throughout the country, the company announced the hiring of Staff Sergeant Samuel Schmitt, a Marine Corps Special Operations Operator, as its Regional Director of Sales and Implementation for the Southeast Region of the United States. He will leverage existing partnerships and implement strategies that continue the adoption of a Collaborative Response Graphics® (CRG®) as America’s Common Operating Picture™.

“Our company has made tremendous progress in Florida and Georgia, so concentrating our effort in that region made perfect sense,” said Phil Coyne, President of Critical Response Group. “Sam has demonstrated his deep commitment to our country and the safety of its citizens. His professionalism, leadership qualities and practical experience using CRGs made him the perfect addition to our team.”

After leaving MARSOC in 2016, Schmitt was a subject matter expert for Constellis, a leading global provider of risk management and security services. He held other management and operations positions geared toward safety and security, to include security details for high profile businesses and clients around the world. His professional experiences will greatly benefit the Southeast Region’s public safety community.

Critical Response Group, Inc. is a group of retired United States Military Special Operations officers and law enforcement executives committed to introducing solutions that are not based on theory, but are instead mission proven.

CRGs are standardized, site-specific and geo-rectified common operating pictures that combine facility floor plans, high resolution imagery and a gridded overlay together into one map. They include accurate labeling of key features at a facility and are open-ended and designed to be ingested into pre-existing systems as a GIS layer.

Thousands of CRGs are currently deployed to a widely diverse group of facilities and they are in the hands of thousands of public safety professionals across the country.