The educational program looks into how the patent process works for professionals. 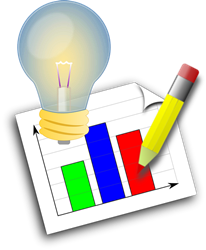 “Behind The Scenes” with Laurence Fishburne is a carefully reviewed educational television segment. The show has accepted a multitude of accolades for its efforts in public television.

Laurence Fishburne is a highly respected actor and public figure who has received great critical acclaim for his performances throughout the decades. While he is known for the characters he portrays in action films and crime scene television shows, he is putting his talents to use as a host for educational public television. “Behind The Scenes” with Laurence Fishburne seeks to enlighten its viewing audience about a plethora of issues pertaining to today’s world. An upcoming episode ventures into the business field with industry professionals who are seeking to streamline the patent process.

The nature of mankind would be very different without the progress brought upon by inventions. Clever innovators are the reason for the majority of the modern developments seen throughout the world. Patents yield inventors the sole rights to their creations, protecting them, and allowing them to further develop their works. The process of obtaining these property rights can be painstaking. Patent approval may take several years to achieve. During the time it takes for a patent's approval, another inventor may create and sell a similar product. After seeing the issues associated with acquiring patents, industry professionals are attempting to update the procedure to maximize efficiency.

A large part of streamlining the patent process involves less paperwork overall, which means reaching the finish line much quicker. All of this will be covered in an upcoming episode of “Behind The Scenes” with Laurence Fishburne.

“Behind The Scenes” with Laurence Fishburne is a carefully reviewed educational television segment. The show has accepted a multitude of accolades for its efforts in public television.