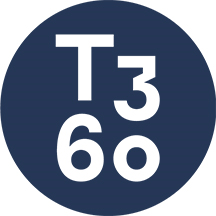 “Dissecting and ranking the largest players in organized real estate helps everyone better understand the MLS and Realtor association landscape, the shifts and where opportunities lie,” said Clint Skutchan, Vice President of Association and MLSs for T3 Sixty.

MLS Rankings
The rankings show that the nation’s 20 largest MLSs (approximately 3.5 percent of all MLSs) serve over 50 percent of the nation’s total MLS subscribers; this number will likely go up as consolidation increases across the country and MLSs become larger. While MLSs have declined roughly 30 percent from just over 800 in early 2014 to 565 today, local pride and politics keep some smaller organizations alive. Eighty-two MLSs serve less than 100 brokers and agents, struggling to effectively serve the growing, more advanced technology needs of their users.

California Regional MLS (CRMLS) continues as the nation’s largest MLS while becoming the first organization to break into the six-figure count at 101,502 subscribers as at 12/31/19. Strategic additions this past year have also grown Bright MLS to 90,932 subscribers and Stellar MLS to 58,447 subscribers, making them the nation’s second and third largest MLSs, respectively.

“Dissecting and ranking the largest players in organized real estate helps everyone better understand the MLS and Realtor association landscape, the shifts and where opportunities lie,” said Clint Skutchan, Vice President of Association and MLSs for T3 Sixty. “Boards of directors can now have much more intelligent conversations about strategy and planning.”

Association Rankings
The Realtor association side tells a similar story: an extreme differentiation in size and offering to their memberships.

The three largest state associations track with those states’ populations with California, Florida and Texas leading the pack and the only associations with membership counts above 100,000 Realtors. Together, these three associations have 513,127 members (brokers and agents), accounting for 36.4 percent of the nation’s Realtor membership. As these three states only account for 26 percent of the nation’s population, this stat reflects the outsized role real estate plays in those states.

Approximately a fifth of the nation’s 1,086 local Realtor associations account for 80 percent of the total memberships. Surprisingly, California has no local Realtor associations among the nation’s 10 largest. Florida has three in the top 10 (Miami at No. 1, Broward, Palm Beaches and St. Lucie at No. 3 and Orlando Regional at No. 8) and Texas has two (Houston at No. 2 and MetroTex at No. 6).

Many remain small; 384 local Realtor associations have less than 200 members, revealing, once again the large range in the sizes in organized real estate. For full details of all associations (state or local) as well as all MLS organizations visit http://www.realestatealmanac.com