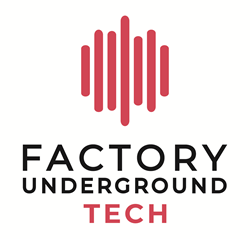 One of the things that excites me most about teaching our program, beside watching young artists grow, is seeing them gain skills that transcend the music business, such as hard work, preparation, branding, and common business/life skills.

The core of the new curriculum is a 20-week Artist Essentials Course designed for the individual seeking a career as a studio engineer, music producer or a recording artist. The school also offers courses and private lessons in songwriting, beatmaking, vocal production, mixing, mastering, college audition preparation, and musical instrument performance, as well as film and video courses. It takes a hands-on STEAM (Science, Technology, Engineering, Arts, and Mathematics) approach that has students, ranging from age 12 through adult, working inside a professional production studio.

“The program and classes are meant to be very result driven. We want our students to leave with the assets/credits that can either help them enter the industry on a professional level or aid them in placement to college programs,” says Kenny Cascioli, co-founder of Factory Underground Tech and Berklee graduate.

The move into music education is the latest development of the Factory Underground Studio, owned by Kenny Cascioli and longtime partner Ethan Isaac, who is also the frontman-vocalist of the rock band Edisun. They began building Factory Underground in a repurposed, underground industrial complex in Norwalk in early 2010. It has since become one of the top recording studios in the northeast. The sprawling studio, located on Isaac Street, close to the Wall Street Theater, has recently hosted renowned international talent such as Jose Feliciano, Brian McKnight, Mandy Harvey, and Rakim.

The studio, which is endorsed by the Screen Actors Guild, has also attracted major film studios including Disney, Netflix, Warner Brothers and Nickelodeon, who utilize the studio for ADR (Automated Dialogue Replacement) and Voiceover recording. Recent productions at the studio have included F is for Family, Roswell, Girls5Eva, Fear Street, The Equalizer, and others. Music recorded at Factory Underground was utilized in an award-winning holiday commercial by Walmart in 2020.

“We have always understood the potential for this area to draw major music and acting talent. It’s been incredible to see Norwalk become a hotbed of music recording, television and film post-production,” said Marc Alan, Director of Marketing of Factory Underground.

Since its inception, Factory Underground has been dedicated to developing young talent and emerging artists from Norwalk and throughout Fairfield County. Two bands the studio helped to develop from the local area, Goose and Similar Kind, have gone on to achieve national recognition, with millions of Spotify streams between them for their music recorded in Norwalk.

“One of the things that excites me most about teaching our program, beside watching young artists grow, is seeing them gain skills that transcend the music business, such as hard work, preparation, branding, and common business/life skills,” explains Cascioli.

As a draw for rising talent, it was fitting that the studio was recently invited to host auditions for American Idol, from which three Factory Underground Tech students, Gabi Pierre-Louis, Ariella Mendez and Bella Bardos, auditioned for the TV show. Of the three singers, Pierre-Louis and Mendez were both accepted to the second round audition.

“My goal in opening Factory Underground Tech was to use my years of experience in the music and entertainment business to develop up and coming talent, and people who are trying to break into the music business. Our goal as a school is to not only teach the tech side of audio and film production, but to inspire people of all ages, to help them gain confidence, and persevere in today's fast moving entertainment business,” said Ethan Isaac.