“I Called Him Dad” from Christian Faith Publishing author Fatima Ishiaku is an emotionally driven autobiography of the author’s painful moments of neglect and sexual harassment at the hands of a pretending father. 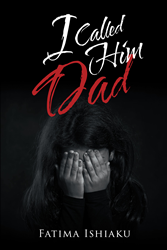 “I Called Him Dad”: a mournful account of the author’s circumstances of sexual abuse at home from her supposed father that led to depression. “I Called Him Dad” is the creation of published author Fatima Ishiaku, a Christian writer and a graduate of sociology from the University of Lagos, Nigeria.

Ishiaku shares, “My name is Ishiaku Ada Fatima, born on December 25, 1975, in Kaduna State, Lagos, Nigeria. I grew with a man I thought was my dad, not knowing he wasn’t my dad.

“I was sexually abused before the age of seven ’til I was fourteen years old.

“How I almost killed myself, how I lived on alcohol, how my mother treated me so badly.

“Now I’m using my story to help victims like me to help them break their silence by speaking out and also to let the world know what sexually abused girls go through mostly in Nigeria and also to let people know that victims should not be bullied. I believe my book will help victims speak out and also open the eyes of society to see what victims go through that way people can help them and not bully them. Mothers in Africa believed victims should keep quiet because they see this act as a taboo while the victims die in silence. This book is about saving the girl child by breaking the silence.”

Published by Christian Faith Publishing, Fatima Ishiaku’s new book desires to inspire women silenced by shame to rise and declare their stories of abuse to the world to raise awareness on the prevalence of sexual assault and solidify a compelling case against the oppressors.

This book imparts resounding virtues of hope and encouragement for the victims of sexual abuse and reminds them of the love of the Lord and trusting Him to heal their lives from such a disquieting ordeal.

View the synopsis of “I Called Him Dad” on YouTube.

Consumers can purchase “I Called Him Dad” at traditional brick-and-mortar bookstores or online at Amazon.com, Apple iTunes store, or Barnes and Noble.

For additional information or inquiries about “I Called Him Dad” contact the Christian Faith Publishing media department at 866-554-0919.