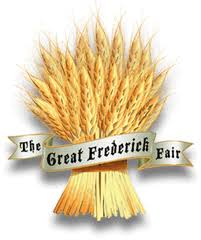 Finally, the 157th Great Frederick Fair has chosen their 2019 theme.

The fair theme for 2019 is City Streets, Country Roads: Together, We’re Growing Places. Jack, the baby donkey, is our newest ambassador to the Fair’s stable of promotional animals.

The Fair is pleased to offer the New JACK PASS; a promotion that is affordable for everyone on ANY one day of the Fair. It makes a GREAT last-minute stocking stuffer with a beautiful Print at Home ticket design.