Dr. Dan Cassino, professor of Government and Politics at Fairleigh Dickinson University, has been appointed Executive Director of FDU Poll. 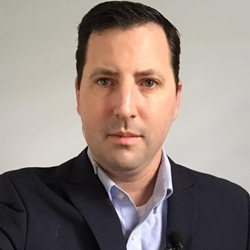 "Traditional polling is facing enormous challenges, and we have to be ready to innovate, using new techniques and new data sources if we want to stay relevant," said Cassino.

Dr. Dan Cassino, professor of Government and Politics at Fairleigh Dickinson University, has been appointed Executive Director of FDU Poll. Cassino has served as FDU Poll’s Director of Experimental Research since 2009 and led some of the Poll’s most widely reported research, including a study showing that people who read no news at all were no better or worse informed than those whose primary source of news is 24-hour cable channels such as Fox and MSNBC.

“Dan is an outstanding researcher, writer, and personality,” said Peter Woolley, the Poll’s founder in 2001 and now the Founding Director of FDU’s School of Public and Global Affairs which houses the Poll. “In this era when accurate polling demands mathematical whizzes and new designs, Dan will be a leader.”

Cassino’s specialty is political psychology. He has published books and research articles on political communication, political cognition, and the socio-political consequences of men’s gender identities in both academia and the popular press. He appears regularly on television broadcasts about politics in the New York area, and internationally. He is frequently quoted in major national newspapers.

"Traditional polling is facing enormous challenges, and we have to be ready to innovate, using new techniques and new data sources if we want to stay relevant," said Cassino. "The University has been incredibly supportive, and I'm excited to be part of a push to move survey research forward."

Congratulations to FDU Poll’s current Executive Director, Dr. Krista Jenkins who has been named Senior Officer for Surveys at the Pew Charitable Trusts. Jenkins took over direction of the FDU Poll in 2012 and repeatedly achieved high marks from FiveThirtyEight.com pollster ratings.

ABOUT THE FDU POLL
For years the FDU Poll has received top ratings from statistician Nate Silver’s FiveThirtyEight blog. The ratings measure both accuracy and bias for all major polling organizations in the United States. The FDU poll was found to have a 94 percent accuracy rate for predicting election results, and is one of only three polling groups with zero bias. Please visit FDU Poll online to learn more.

ABOUT FDU’s School of Public and Global Affairs
This unique graduate school attracts students from around the state to FDU’s campuses in British Columbia and New Jersey, preparing them for substantial advancement in public service or non-profit leadership. Since its 2018 founding, the school offers Master’s degrees in Global Affairs, Public Administration (MPA), Student Services, and Cyber and Homeland Security and Administrative Science. It is also home to the FDU Poll which has engaged since 2001 in original research for corporate, non-profit, and government entities.

ABOUT FAIRLEIGH DICKINSON UNIVERSITY
Personal, global and transformational, FDU is the largest independent, non-profit university in New Jersey, with four campuses in three time zones; two in New Jersey, one in Oxfordshire, England and one in Vancouver, Canada. FDU offersmore than 100 undergraduate and graduate degree programs, including doctoral programs in pharmacy, nursing practice, clinical psychology and school psychology; and an AACSB-accredited business school. To learn more visit fdu.edu