Tony White, a seasoned multi-instrumentalist musician, who is known for playing with top-tier artistry in the music industry promotes his new CD “Tony White Music” on The Jazz Network Worldwide. 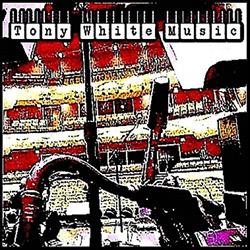 Music is the universal language and the one thing, like Love, that we can all share as a common experience. I hope my audience feels my experiences and my influences through my music and feel like they know me a little bit better

White plays, saxophones, flutes, clarinets, piano, bass, guitar and a bit of trombone as well as a composer who’s music can be heard on film and television all over the world. “Tony White Music” composed and produced by Tony includes latin, smooth jazz and world music.

The Music Specialist, Allen Johnston of The Global Soul Group (http://globalsoulgroup.com was responsible for the nudging of “Tony White Music” claiming that it was a great piece of work that can be distributed to various media outlets for consideration in TV and film as well as radio”, says Tony.

"Only once or twice in my career have I heard a musician with the professional "chops" as strong as Tony White.  Upon hearing his music for the first time I contacted him and offered him a global distribution deal.  Great musician even better person, Tony White has that rare combination of humility on top of consummate professionalism.” says Allen Johnston of The Global Soul Group and Global Soul Records

“Tony White Music” is the latest musical offering from Tony, adding to the numerous CD’s through the years which have garnered rave reviews from publications like Jazz Times Magazine, Jazziz, and many others.

“The Jazz Network Worldwide is happy to jump on the bandwagon of Tony Whites musical journey, promoting his tune “Freeflight” off of his new CD “Tony White Music”. His musicianship falls under our ‘Not Just Jazz’ Movement for it stretches the span of musical genres with free-flowing jazz flavors, making it a relaxing musical carpet ride to the ears. Given such a wide span of experience, opens up many performance opportunities on worldwide platforms” says Jaijai Jackson, of The Jazz Network Worldwide.

“Music is the universal language and the one thing, like Love, that we can all share as a common experience. I hope my audience feels my experiences and my influences through my music and feel like they know me a little bit better” says White.

“Thoughts – Angel had really nice vocals. Clean sound. [Candidus] had a very soothing sound.  Bachir sounded like the sax version of ‘Flight of the Bumble Bee’ for a bit. Great stuff. Danser had some great high octave work on the clarinet. As a former player, I appreciated it. Free Flight had a Steely Dan vibe in the intro. Then it changed and I really liked that as well. “If you’re looking to chill around the house, or the pool or in the bathtub. Put this on. It will put you in a great frame of mind. I highly recommend it.” ~ Russ Cohen of Sportsology.com

At a very early age Tony started studying clarinet. He showed a great proficiency for the instrument and collected high honors and awards. As he continued to expand his education with his mentor and teacher Joseph Genna, which led to his admission into The Berklee School of Music in Boston MA. In addition, he studied performance at The New School in NYC and Composition and Orchestration at the esteemed UCLA Film School.

Tony continues to write and record, performing live and sharing his love of music with the world. His musical influences are wide and varied which are reflected in his playing and writing.

Tony’s association with 10,000 Maniacs stands to this day and has had the opportunity to play with many of the top names in the music business including Paul McCartney, The WallFlowers, World Party, Zap Mama, Burning Spear, Robyn Hitchcock, Michael Stipe (R.E.M.), Kenny Loggins and Paula Abdul.

He has performed on the World’s most prestigious stages including, Madison Square Garden, The Hollywood Bowl, Avery Fisher Hall, Red Rocks CO, The Chicago Theatre, Teatro Ciak Milan IT, Giuseppi Verdi Theatre Torino IT. He has played on Broadway playing the Billy Joel Twyla Tharp collaboration called Movin Out.

To learn more and purchase “Tony White Music” go to http://tonywhitemusic.com. Be sure to check out his feature on The Jazz Network Worldwide at http://thejazznetworkworldwide.com.