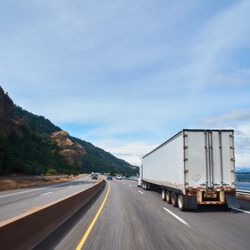 Dinkin notes that corporations have been steadily moving away from traditional pensions and continue to take aggressive actions to de-risk their plans.

"Managing a pension fund is like managing any line of business: it must include budgets, forecasts, and a strategic plan. This approach will assure that all ideas and concepts are carefully reviewed and the proper financial analysis completed.”

In mid-July, FedEx Corp. announced its intention to contribute $1 billion to its U.S. pension plans during the current fiscal year, which ends May 31, 2020. In the preceding fiscal year, FedEx also contributed $1 billion to its U.S. pension plans, which, as of May 31, were at a funding ratio of 87.8 percent, down from 97.3 percent a year earlier.[1] Noting current historically low interest rates, Cowden Associates CEO Elliot Dinkin, a nationally known expert in actuarial, compensation, and employee benefits issues, says, “We have often stated that pension plan sponsors cannot possibly invest their way out of underfunded pensions. Low rates, however, can enable plan sponsors to take other courses to produce better results.”

In the case of FedEx, Dinkin notes that that the back-to-back fund contributions will help reduce its payments to the Pension Benefit Guaranty Trust Corporation, which charges companies an annual fee on their unfunded liabilities. This year the fee is 4.3 percent, which is significantly higher than the 3.1 percent coupon FedEx pays on its U.S. bonds.[2]

A few months earlier, FedEx announced an agreement to transfer about $6 billion in U.S. pension plan obligations to the Metropolitan Life Insurance Company through a group annuity contract. The purchase, which will be funded from plan assets, will transfer to MetLife the benefit obligations of about 41,000 FedEx retirees and beneficiaries in multiple U.S. pension plans. This comes a year after FedEx’s disbursement of $1.3 billion to about 18,300 former employees who were vested in the plans and who opted to receive lump-sum payments in lieu of continuing monthly pension benefits.[3]

Dinkin notes that across the economy, corporations have been steadily moving away from traditional pensions and continue to take aggressive actions to de-risk their plans. According to the Life Insurance and Market Research Association (LIMRA), deal volume in the pension risk transfer business was at an all-time high in 2018, and is on track to be even larger this year. The number of pension risk transfer deals, says LIMRA, rose from 203 in 2012 to 493 in 2018.[4] Given this trend, the example given by FedEx will be followed by others, especially if market conditions remain roughly the same, he explained.

“The best investment strategy a business can adopt in regard to underfunded pension obligations is to get rid of the debt,” said Dinkin. “Take existing assets, eliminate future uncertainty, and effectively settle a part of the obligation. Managing a pension fund is like managing any line of business: it must include budgets, forecasts, and a strategic plan. This approach will assure that all ideas and concepts are carefully reviewed and the proper financial analysis completed.”