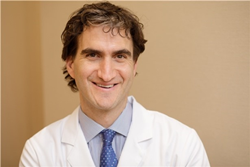 Today, we have many ways of treating infertility. Ovulation induction is one of the least invasive, least expensive, and most effective methods when used for the right patient and/or couple.

January 2019 – Ovulation is the release of a mature egg from one of a woman's ovaries. Pregnancy occurs when the egg travels through the fallopian tube, is met and fertilized there by a sperm, and ultimately finds its way into the uterus, where it attaches to the uterine lining and continues its development. Normal ovulation occurs roughly once every 28 days in the middle of a woman's menstrual cycle and is orchestrated by hormones from the brain and ovary. Hormonal dysfunction can result in failure to ovulate, irregular cycles and infertility. “About 25% of female infertility is related to an ovulation problem,” says Dr. Daniel Kort, associate medical director of Neway Fertility. “In women with irregular cycles, ovulation can be irregular or absent, causing infertility. Such infertility can be overcome with ovulation induction therapy, a non-invasive, effective treatment for infertility.”

Ovulation induction can be accomplished with a variety of oral medications. In the minority of women who are resistant to these medications, injectable hormone-based are usually successful. “As a first treatment for women who don’t ovulate on their own, we typically use ovulation induction in conjunction with timed,” says Dr. Kort. “During such a treatment cycle, patients are monitored regularly with ultrasounds and blood tests to determine the level of response and to help couples time intercourse correctly.

For same sex couples, women desiring sperm donation, and many other couples, ovulation induction is used in conjunction with intrauterine insemination (IUI), where semen is collected outside the body (or thawed in the case of frozen sperm), concentrated, and deposited directly into the uterus. “IUI can improve pregnancy rates in a select group of women, and is absolutely essential for same sex couples or women without a male partner,” says Dr. Kort. The insemination procedure places the sperm into the cervix or the uterus through a very thin catheter and is no more uncomfortable than a routine Pap smear.

“Today, we have many ways of treating infertility,” Dr. Kort concludes. “Ovulation induction is one of the least invasive, least expensive, and most effective methods when used for the right patient and/or couple.

Bio: Daniel Kort, MD, FACOG, is double board-certified in Obstetrics and Gynecology and Reproductive Endocrinology and Infertility. He is a member of the American Society for Reproductive Medicine (ASRM) and the American Congress of Obstetricians and Gynecologists (ACOG). He currently is Practice Director and Associate Medical Director at Neway Fertility in New York City. http://www.newayfertility.com