FHU’s Annual Bible Lectureship to Focus on Book of Exodus

Freed-Hardeman University’s 83rd Annual Bible Lectureship begins Feb. 3 and will examine the Old Testament book of Exodus. This year's theme is “Out of Egypt: Liberation and Covenant in Exodus.” 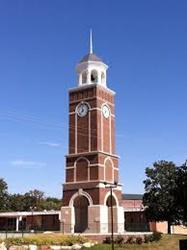 People everywhere need to be called back to the covenant God has made with humanity. The God of Moses and the God of the children of Israel still reigns.

Freed-Hardeman University’s 83rd Annual Bible Lectureship, slated for Feb. 3-7, 2019, will take a detailed look at the Old Testament book of Exodus. Lessons throughout the week will focus on the theme, “Out of Egypt: Liberation and Covenant in Exodus.”

More than 130 speakers are expected to participate in the event, which draws thousands of visitors to Henderson annually. Sessions begin Sunday evening, Feb. 3, with an opening reception at 6 p.m., followed by a period of congregational singing and the first lecture of the week at 7:30 p.m. Jerrie Barber will open the lectureship with “Out of Egypt—A God of Liberation from Intolerance.” The last session, designed especially for university students, will be Thursday evening, Feb. 7, at 10:30 p.m.

The lectureship began as an opportunity for preachers to study the Bible more deeply in order to strengthen the pulpits of local churches. It has continued its commitment to in-depth Bible study, but the program has expanded its audience and the topics it covers. The 2019 version will include sessions for women, children, teenagers, college students, ministers, youth ministers, elders and Bible teachers as well as Christians who may not have an “official” role in the life of the church. Content has also expanded to meet the needs of today’s Christians.

For example, planners have added a college ministry workshop to go along with the existing youth ministry and Hispanic ministry workshops. A series entitled “Opportunities for Service: Military, Healing and Chaplaincy” has also been added. Since technology plays an increasing role in all phases of society, two series dealing with that topic have been added, “Local Church Technology from Start to Finish” and “Active Digital Parenting.”

FHU Bible faculty members have long had a presence on the Lectureship program. This year, however, other disciplines will also be represented including lectures by the history and political science faculty on “God’s Justice in Human Law.” FHU President David Shannon will address the state of the university and deliver Thursday night’s keynote lecture.

The 2019 lectureship is dedicated to Wayne Jackson, minister to the East Main congregation in Stockton, California for 55 years and now a resident of Jackson, Tennessee. In addition to preaching and teaching, Jackson is a prolific writer, having authored 34 books. He created in 1965 the “Christian Courier,” a journal he continues to edit. In addition to the printed version, it is also available online.

An appreciation dinner honoring Jackson is planned for Tuesday, Feb. 5, in Brewer Sports Center’s auxiliary gym. Tickets may be purchased in advance online or by calling Amanda Cagle (731-989-6347) or Cerenia Lindsey (731-989-6689) in the FHU business office.

Additional information regarding registration or to order the Lectureship book, jump drive and tickets to the Jackson appreciation dinner is available through this link - fhu.edu/lectureship.