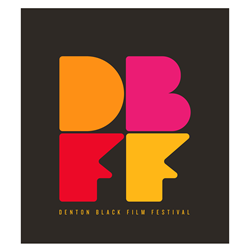 In another record-setting year of attendance, the Denton Black Film Festival announced the winners of its 2019 awards, recognizing emerging filmmakers from around the country and talented college students.

The festival featured 64 films that were screened January 23 to January 27, 2019, including 16Bars, a film produced by Todd “Speech” Thomas of the popular rap group Arrested Development, and a spirited festival closing concert with Grammy-award winning artist Kirk Whalum and the University of North Texas’ internationally acclaimed One O’Clock Band.

The events occurred at various venues in Denton where more than 7,000 enthusiastic participants laughed, cried, discussed, debated and danced their way through the weekend. In addition to the films and live music, there was comedy (featuring Piper the Comedian and Comedian Joel Runnells, Jr.), art shows (showcasing “Life Stories: The Quilts of Barbara McCraw” and an exhibit of work by fibers artist Taylor Barnes), and workshops on a range of subjects through the DBFF Institute (including black cinema, marketing as an independent filmmaker and intellectual property, as well as social justice-oriented panels on human trafficking and bias.

“We had so many outstanding films to choose from this year,” said Linda Eaddy, the festival’s director of the film programming, who has curated a collection that champions student filmmakers, along with highlighting local, national, and international independent filmmakers. “In our fifth year, we had more films than ever with more than 70 percent of the films premiering at our festival. We’re thrilled this festival is becoming a place for filmmakers to showcase their work.”

Here’s a list of the winners, runners-up and honorable mentions:

BEST DOCUMENTARY FEATURES
WINNER
The Mayor's Race
Director Loraine Blumenthal
The winner receives a contract with Distribber, who will distribute the film on Amazon, Google Play and a strategy session with me of the company’s senior executives.

BEST SHORT FILMS
WINNER
The Beach
Director Toroes Thomas
The winner receives a contract with Distribber, who will distribute the film on Amazon, Google Play and a strategy session with me of the company’s senior executives.

For more information about the festival, go to DentonBFF.com.

About the Denton Black Film Festival
The Denton Black Film Festival is an annual cultural event, featuring the works of emerging filmmakers from around the country and talented college students, musicians, artists and spoken word poets. Held each January, thousands attend the celebration of storytelling in various art forms, that takes place in venues in Denton, Texas, just 40 miles north of Dallas. The event is a yearly fundraiser for the Denton African American Scholarship Foundation, which supports high school students.