iCoachSkating.com, the premier source of educational figure skating videos, announced plans to reveal the top-rated videos on the website in an end-of-year countdown. The countdown represents a gift to the entire figure skating community, providing cutting-edge technical information to figure skaters and figure skating coaches. 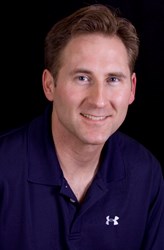 Making the videos free gives us a way to increase the exposure we get and more people can see exactly what we do.

The countdown consists of 6 videos or video series that were published at some point during the year. The winning videos are selected by paying subscribers to the iCoachSkating.com figure skating video service. A poll is conducted and subscribers may nominate videos that they found especially helpful or valuable during the year. Other minor factors such as overall website traffic, number of visitor comments, and coach popularity are also taken into consideration to break ties.

One of the most important aspects of the countdown is the videos and information are complimentary to anyone interested in the technical aspects of figure skating. When they are announced, the winning videos are converted from subscriber-only access to full public access, meaning all visitors can watch the videos. This makes the top-rated videos available to all. Trevor Laak, Founder of iCoachSkating.com, said "The countdown is our way of acknowledging the best videos on the site and it's also our way of spreading holiday cheer.”

The countdown makes iCoachSkating.com the most visited educational website for figure skating at this time of year. "Making the videos free gives us a way to increase the exposure we get and more people can see exactly what we do. It also shares really amazing information with everyone in the skating community so it helps a lot of skaters and coaches," said Laak.

The event will be held online at http://icoachskating.com/top-rated-figure-skating-videos-of-2013/. The winning videos will also be posted on the iCoachSkating.com Facebook page. The goal of the annual countdown is to provide exceptional training for figure skating coaches, skaters, and skating parents on the details of "how to figure skate” and "how to teach figure skating."

In addition to the end-of-year countdown, iCoachSkating.com also offers regular updates of additional complimentary videos throughout the year. To sign up for these updates, those interested may visit http://icoachskating.com/free-video-optin/.