Could Social Anxiety Be Treated With BOTOX? 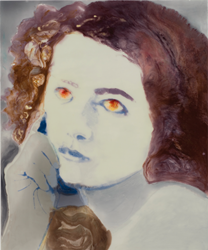 It is my hope this common and de-bilitating disorder, social anxiety, will be helped by Botox treatment.

Social anxiety disorder (SAD), also known as social phobia, is a psychiatric condition affecting 12% of adults, approximately 20 million Americans, according to the National Comorbidity Survey Replication (NCS-R) (1) and noted by the National Institutes of Mental Health. SAD typically begins in the teenage years. The anxiety disorder is characterized by a high level of fear in social situations causing emotional distress and isolation, affecting work, community and romantic relationships. The George Washington University is currently recruiting volunteers for a new study testing the ability of botulinum toxin A, commonly known as Botox, to help symptoms of social anxiety. To see if one qualifies for this free study taking place at GWU in Washington, DC, go to http://www.GWUanxiety.com.

This pioneering research is being led by Eric Finzi, MD, PhD, the first to publish a study using Botox to treat depression (2), and Daniel Lieberman, MD, Professor of Psychiatry and Behavioral Sciences at The George Washington University School of Medicine & Health Sciences. This study is testing whether Botox injected into the frown muscles (the muscles that pull the eyebrows together to produce a worried look) will help with social anxiety as it does with depression.

“The same part of the brain involved in depression, the amygdala, is also involved in SAD (3,4),” explains Dr. Eric Finzi. “It is my hope this common and debilitating disorder, social anxiety, will be helped by Botox treatment,” he adds.

Dr. Lieberman notes, “Although Botox is used primarily for cosmetic purposes, its effect on anxiety and depression have nothing to do with changes in appearance. It seems that paralyzing the frown muscles actually quiets down a part of the brain that amplifies negative emotions (5).” Social anxiety is a debilitating illness that often goes untreated. It is common for some sufferers to self-medicate with alcohol or other drugs to reduce fears at social events. If undiagnosed or untreated, social anxiety can lead to alcoholism, eating disorders or other kinds of substance abuse.

One of the more effective ways to treat social anxiety is with cognitive behavioral therapy (CBT). However, it is time consuming and it can be difficult to find a therapist with the proper training. Physicians often prescribe antidepressants, but more than half fail to respond adequately (6). In addition, antidepressant’s side effects may cause other unwanted health issues for users. Botox has a very favorable side effect profile, and has been in use for more than twenty years.

In 2014, Eric Finzi, MD, PhD and psychiatrist Norman E. Rosenthal, MD, Clinical Professor of Psychiatry at Georgetown Medical School, published the largest randomized, double-blind, placebo controlled trial on the effect of Botox on depression (7). They found that more than half of subjects suffering from moderate to severe depression showed a substantial improvement (greater than or equal to a 50% reduction in depressive symptoms) as measured by the MADRS, a standard depression scale. The study showed that Botox may help relieve depression both by itself as well when it is added to boost other treatments. There have been two other randomized controlled trials showing the effectiveness of Botox to treat depression, with similar results (8). Clinical trials are currently underway to get FDA approval for this novel treatment.