Mississippi Abortion Case, Dobbs et al v. Jackson, et al, Docket No. 19-1392, is scheduled to be heard by the U.S Supreme Court on December 1, 2021. One of the issues in Dobbs concerns viability. Roe v Wade said that states like Mississippi could protect human life once it is viable. Roe defined "viable" as . . . "potentially able to live outside the mother's womb, albeit with artificial aid." 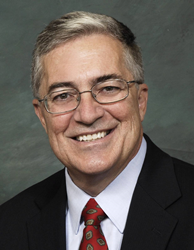 To the best of our knowledge, Amicus Hannah is the first former frozen embryo who is now an adult to file an Amicus Curiae Brief at the U.S. Supreme Court.

The U.S. Supreme Court on December 1, 2021, is scheduled to hear a landmark case by a Formerly Frozen Embryo, Hannah S., now age 22. Hannah argues Roe v. Wade Should be Overturned, according to her attorney Allan Parker

Parker stated, "Hannah S., who began her life through in vitro fertilization is asking the Supreme Court to overturn Roe v. Wade. She supports the Mississippi law banning abortion after 15 weeks. She was formed outside her genetic mother's womb and sustained in a frozen state outside her genetic mother’s womb, “albeit with artificial aid” in Roe’s language of viability, for over two years.

Hannah's adoptive parents are John and Marlene S. They were the first couple to go through an agency adoption process to voluntarily "adopt" another couple’s human frozen embryo as their child. Marlene had Hannah (as a frozen embryo) thawed and placed in her womb, carried the baby to term, and gave birth."

Marlene is both the birth mother and the adoptive mother. She and her husband raised their daughter, Hannah, into the woman she is today. Previously, the Adoption Best Practices used to adopt a child such as background checks, home study, financial review, etc., had not been applied to obtaining a frozen embryo. Hannah is now an adult. She is a graduate student pursuing a Master's Degree in Social Work. With her degree, Hannah plans to help others, especially orphans, adopted children, and families seeking options regarding adoption.

Their Amicus Curiae Brief reveals to the Court that the concept of viability has been extended all the way back to fertilization by the modern scientific advance called in vitro fertilization. Even Roe said that states like Mississippi could protect human life once it is viable. Roe defined "viable" as "potentially able to live outside the mother's womb, albeit with artificial aid."

Hannah S. and her parents are conducting a national media tour about the historic U.S. Supreme Court hearing set for December 1, 2021.

Allan Parker, President of The Justice Foundation, was lead counsel for Norma McCorvey, formerly "Roe" of Roe v. Wade, from 2000 to 2012, and Sandra Cano, the "Doe" of Doe v. Bolton, until 2014 in their efforts to overturn the two landmark cases that brought legalized abortion to America.