Five join New England College of Optometry’s Board of Trustees

New England College of Optometry names five new members to its Board of Trustees. Former Obama administration official, ODs on Facebook founder among the newest members. 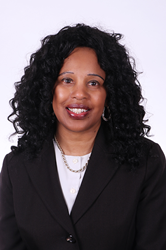 New England College of Optometry (NECO) announces five new members to its Board of Trustees. The board is responsible for NECO’s educational mission and fiscal oversight.

Linda Bennett, OD -- Dr. Bennett founded Bennett Family Eye in Belmont, MA, and in the span of 30 years, through sophisticated marketing and acquisitions, grew it from a single practitioner model to multiple providers and locations. Prior, she worked in private practice in Charlestown, MA, at Harvard Community Health Center, and at Cambridge City Hospital. In addition to practicing optometry, Dr. Bennett served as President of the Massachusetts Society of Optometrists and for five years on the Massachusetts Board of Registration of Optometry. Dr. Bennett graduated from New England College of Optometry and served two terms as President of NECO’s Alumni Association.

Katherine Coffey, OD – Dr. Coffey founded Coffey Eye Care in Quincy, MA in 1992, and expanded the practice notably until partnering with MyEyeDr in 2020. She is active in the Massachusetts Society of Optometrists and served as its President and Legislative Committee member. Dr. Coffey was an adjunct faculty member at NECO and was previously a staff optometrist specializing in contact lenses at the Massachusetts Eye and Ear Infirmary. She served on the Board of Trustees of Elizabeth Seton Academy in Dorchester, MA. Dr. Coffey is a graduate of New England College of Optometry and holds a master’s degree in chemistry from Boston College.

Alan Glazier, OD – Named as one of the most influential optometrists, Dr. Glazier is the founder of ODs on Facebook and ODsOnFB.com, the eye care industry's largest and most highly engaged eye care organization online. He is inventor on seven issued patents in computer science and ophthalmology. Dr. Glazier is well-published, lectures nationally and internationally, and serves on multiple advisory boards. He was named Optometrist of the Year in the state of Maryland. Dr. Glazier is the founder of Shady Grove Eye and Vision Care in Rockville, Maryland and partner and business development executive in Keplr Vision. He is a graduate of New England College of Optometry and delivered the NECO 2019 Commencement address.

Janet LaBreck – Former Commissioner LaBreck is a nationally recognized senior executive and presenter with more than 28 years of success in implementing strategies for integrated solutions within the Federal and State government and the business community. Appointed by President Barack Obama as Commissioner of the Rehabilitation Services Administration in the U.S. Department of Education, LaBreck supported states and other agencies in providing vocational rehabilitation services to individuals with disabilities in order to maximize their employment, independence and integration into the community and workforce. Prior to this appointment, she served for six years as Commissioner for the Massachusetts Commission for the Blind. LaBreck currently works at Synergy Consulting Partners LLC, which she co-founded in 2017.

In 2017, NECO dedicated the Janet L. LaBreck Center for Low Vision Rehabilitation clinic in her honor in recognition of her commitment and dedication to the field of blindness. NECO bestowed her with an Honorary Doctorate of Humane Letters.

Valarie A. Ricciardi, OD – Dr. Ricciardi has been providing primary eye care for all ages, including contact lenses and laser vision consultations for over 28 years. She practices in two locations, Spencer and Worcester, and is an administrator for Massachusetts Vision Source for which she was awarded Administrator of the Year. She is a member of the American Optometric Association and secretary of the Massachusetts Society of Optometrists. Dr. Ricciardi is a graduate of the New England College of Optometry and Assumption College.

Alan Glazier, ODDr. Alan Glazier, founder of ODs on Facebook, joined the New England College of Optometry's Board of Trustees.