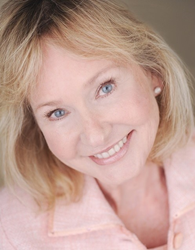 Flight Path has been called a hidden gem among aviation museums. I look forward to working with our board members, staff and volunteers to make the museum a more valuable, enjoyable and better-known destination for visitors and the entire aviation community

At a recent meeting of Flight Path Museum’s board of director’s meeting, Agnes Huff, PhD was elected president and board chair of the nonprofit organization. Flight Path operates an aviation and aerospace history museum and learning center in the Imperial Terminal at Los Angeles International Airport.

A resident of Playa del Rey, Huff has served on the Flight Path board for more than three years, most recently as corporate secretary. She founded her own public relations and marketing firm in 1995 and has worked with airlines, airports and affiliated aviation companies for more than 25 years. Her firm serves a variety of clients in aviation and other industries, specializing in strategic marketing and crisis management.

The new Flight Path board president is a former flight attendant for Pacific Southwest Airlines and USAir, served as president of the Aero Club of Southern California and remains active in professional and community organizations.

“Flight Path has been called a hidden gem among aviation museums,” said Huff. “I look forward to working with our board members, staff and volunteers to make the museum a more valuable, enjoyable and better-known destination for visitors and the entire aviation community.”

The board also approved Kevin Burciaga to be the new museum manager. Burciaga is former director of the Rancho Dominguez Adobe Museum. Working closely with him will be past president Lynne Adelman and Lori Keir, who coordinates Flight Path’s volunteer program, the primary source of museum staffing.

Flight Path is operated in cooperation with Los Angeles World Airports, the agency which operates LAX. The museum is open to the public from 10 a.m. to 3 p.m., Tuesday through Saturday, in the LAX Imperial Terminal, 6661 W. Imperial Hwy, Los Angeles. Admission and parking are free. For information, call (424) 646-7284, email flightpathguides@lawa.org or visit the museum website flightpathmuseum.com